3 Catalysts to Speed Up the Readiness to Measure Performance

Just because you think performance measurement is the duck’s guts, that it’s the best thing since sliced bread, that it’s answer to your company’s woes, doesn’t mean you can expect everyone else to see it the same way. 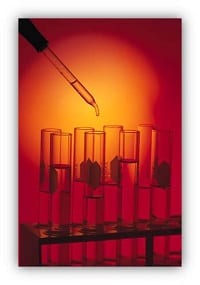 If you jump in too quickly, you will almost certainly do more harm than good. That’s because performance measurement is a change, and generally people don’t like change. When forced or cajoled into changing, people won’t give their hearts and minds to it. Thusly, it won’t be done well.

It’s far more fruitful to wait until they see and feel the need for change; when changing becomes the only option they want to choose.

There are a few catalysts that can speed up how ready your organisation or company is to take performance measurement seriously. These will eventually come along on their own. But you can influence how quickly a catalyst comes along, or you can reframe as a catalyst something that’s already happening.

Catalyst #1: There is a performance problem that qualifies as a “burning platform”.

A burning platform, like a melting iceberg, is a threat that creates a sense of urgency. Being outsourced or downsized, or losing major customers to competitors, or big budget cuts are all examples of challenges that can only be met by improving performance.

A performance problem that needs fixing needs good information in the form of performance measures, to define, diagnose and monitor performance in support of fixing that problem.

Catalyst #2: You have a champion in influential places who will make the space and time for a team of people to work on performance measurement.

When a CEO or Senior Executive is actively in support of better performance measures, you are golden: it’s the ideal starting point. But any well-respected leader who has bought into the notion that meaningful performance measures are worth the trouble, can open the doors also.

This leader will have a pet performane peeve, or a new goal to pursue. And this will provide the focus, as well as the context, to start meaningfully measuring performance in quest for performance improvement.

Catalyst #3: You have externally imposed pressure to start measuring performance.

Possibly not an indication that your organisation is ready but rather that there is no choice, is when an external body like an industry regulator, Board of Directors, government agency or such, insists that the organisation sort itself out and start measuring and reporting meaningful things.

If you do it right, it’s an opportunity to give people a surprisingly meaningful experience in measuring performance, at the same time as dealing with those external demands.

Find an authentic and true sense of urgeny.

The important thing is that without a true sense of urgency, true change is nigh impossible. Performance measurement shouldn’t be seen as bureaucratic administrivia, nor as a bandwagon fad. It needs to be appreciated in the broader context of continual improvement, capability growth and problem solving. And that’s one of the reasons why a sense of urgency is a critical ingredient.

TAKE ACTION: If there’s somewhere in your company or organisation that you see the potential for better performance measurement, take a moment to think about what catalyst might create a true and authentic sense of urgency to get started in a way that’s meaningful and helpful to those involved.