This checklist of 5 basic KPI formulas, with examples for each one, will help you decide the best way to calculate your KPIs. 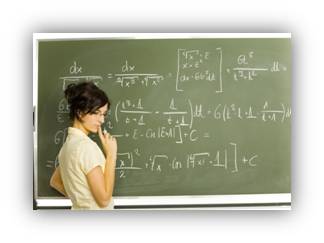 Use the following tips to help you decide what the best quantification method is for each of your performance measures. In other words, what is the best KPI formula to use for what you’re trying to measure?

Counting is by far the easiest way to put a quantity to something you’re observing:

Counts work very well when the arena or scope or population within which you are observing a performance result stays pretty much the same size over time.

But when your population changes over time, counts are misleading. A percentage will tell you with more accuracy the degree to which your performance result is happening.

Percentages are counts of the number of things or people in a population that exhibit a particular feature, divided by the total population size and multiplied by 100:

Percentages are great when you are interested in how much of a target population matches your performance result.

But percentages assume your result is black or white. Either customers are satisfied, or they aren’t. Employees either had an accident at work or they didn’t. They don’t tell you the degree or extent, though, like how satisfied, or how injured.

Similar to counts, sums and totals can be misleading if the size of the scope or opportunity varies over time. If the total time spent making sales calls in both May and June is 45.25 hours, but the total number of sales calls in May is twice that of June, you’d probably assess performance differently.

An average is usually a sum or total divided by a count of things or people upon which the sum was based:

When you’re interested in understanding the overall level of the degree or extent to which a particular result is happening, and not just whether or not it’s happening, then averages are great.

The three main limitations of using averages however, are small populations, outliers and asymmetrical distributions. Small populations make your average very volatile over time, and make it appear more accurate than it really is. Averages based on 2 or 3 values are next to useless.

Outliers can greatly skew the results, like one or two employees having hundreds of days off work due to very serious but very rare injuries. Usually it’s well accepted to leave outliers out of the average calculation, and just make a note of them in a footnote.

Asymmetrical distributions can also skew your average, like when most sales are between $100 and $1000, but there are still quite a few that go as high as $10,000. In this case, a median might be a better indicator of the ‘centre’ of the distribution.

A ratio divides one sum (numerator) or total by another sum or total (denominator). It’s different to an average, because the denominator isn’t a count of the population; it’s usually another measure of the same population:

Ratios are a great way to measure productivity. The numerator is your output and the denominator is your input.

Keep in mind, though, that it’s very easy to make your KPIs or measures unnecessarily complex when you use ratios. When you take ratios, make sure that they tell you something sensible.

Take a closer look at your performance measures or KPIs that are simple counts. Is that the most appropriate way to quantify the performance results you’re trying to evidence?