A Simple Recipe to Measure Productivity

Few organisations can survive if they operate inefficiently. Measuring productivity in the right way is the key, and this recipe makes it simpler. 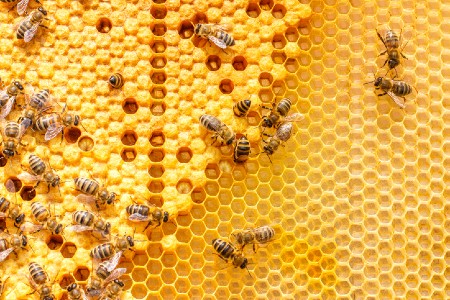 Productivity is therefore an important performance result. But not in the trivial traditional ways we’ve thought about it and measured it.

What exactly is productivity?

Australia’s Productivity Commission distinguishes organisational productivity quite clearly as efficiency and not as effectiveness:

“To economists, productivity is the efficiency with which firms, organisations, industry, and the economy as a whole, convert inputs (labour, capital, and raw materials) into output… Productivity does not reflect how much we value the outputs — it only measures how efficiently we use our resources to produce them.”

But this definition makes us think productivity only relates to physical processes, like manufacturing. That’s a mistake. Inputs and outputs can take all shapes and forms, concrete or abstract. Abstract inputs and outputs are, however, still a challenge to measure, particularly in the public sector as the Australian Public Service Commission suggests:

“There is no doubt that measuring public sector productivity is difficult. The notion of measuring ‘service’ is seen to be more complex than calculating inputs versus outputs and recent authors have queried how best to assess less tangible aspects of productivity, like quality and intellectual capital.”

The answer lies in how clearly we can articulate those abstract inputs and outputs. And if you know me well enough, you’ll know that I’ve written extensively about how to make intangible goals measurable. Make sure you dovetail some of those ideas into the recipe (below) for measuring productivity.

Productivity measurement’s reputation has taken another hit by the banking sector. Stories abound about the unintended consequences of a single-minded focus on productivity. Like this one from W. Bruce Chew’s HBR article:

“Several years ago, a big New York bank concerned about labor costs in its back office implemented a department-by-department system to measure productivity, defined as transactions per employee. Senior management gave high visibility to the new system and even used it to calculate a large portion of the bonuses it paid to line managers. So the line managers computerized everything in sight. The result was increased productivity in every department but one—data processing. While staff was shrinking in the rest of the bank, data processing came under incredible pressure. It boosted its staff as well as its spending on hardware and software.”

Productivity needs to be positioned properly in the context of our strategy, of what matters most right now. Only when we’re sure that a focus on productivity is going to serve the greater good for our organisation should we then move on to the step of figuring out how to measure it.

The simple recipe to design your measure of productivity.

Most will agree that the formula for quantifying productivity is simple:

But when the outputs or inputs are varied, many, and intangible, quantifying productivity is a challenge. The answer is not to seek or settle for existing ways that others measure productivity. It will be worth your time to design your own purpose-built productivity measures.

Here are the five steps of the simple recipe to quantify productivity appropriately to your situation:

Step 1: Why do you want measure productivity?

Avoid unintended consequences and traditional knee-jerk solutions to lay off people (whose value other than time isn’t measured) or kick bums or reward those who can manipulate the figures. Make sure you have positioned the focus on productivity within the context of your current strategy. An important part of this is to map out the relationships it has to other important results.

For example, I want to improve my productivity so that I spend less of my limited work time and energy on administrivia, and more time on creating and sharing practical performance measurement content with more people who need it.

Step 2: Which system’s productivity matters to you?

Are you interested in the productivity of a country, sector, industry, organisation, process, or team? Or a combination of these? Make it clear before you go any further, because defining the system is going to make defining the outputs and inputs much easier. One thing to avoid here is using a person as the system. Measuring people never leads us anywhere good.

For example, the system’s productivity I want to improve is not me, although it might seem that way. It’s my business system, because my team and my business process design are what generate the capacity to create and share practical performance measurement content.

Step 3: Which outputs was this system designed to produce?

Productivity is about outputs, not outcomes. The outputs that lead to those outcomes. What’s the difference? The way I like to distinguish them is this way:

For example, I’m not going to think about the outcome of my work, which is better success with measuring performance. I want to define my productivity measure based on outputs more like the amount of content I produce, and how broadly it’s shared. The usefulness or quality of that content gets measured in other ways.

By the same token, trivialising outputs is a risk. Don’t try to include every output and don’t just default to the easy-to-measure outputs either. It’s better to be ruthless in focusing on the few outputs that matter most, and figuring out the most feasible way to measure just those.

For example, the output that matters most to me right now is the reach of my content. I’m interested in the production of content, but less so than its reach.

Side note: If, at this stage, you’re struggling to define the outputs clearly enough, it might help to flip productivity to unproductivity.

Step 4: What inputs does the system consume to produce this output?

The inputs that are consumed might be different to the inputs you believe are required. But measuring actual productivity means we need to measure actual inputs. And that means we focus on what is actually consumed.

Inputs take many forms, but they are typically more tangible than outputs:

You might be interested in measuring productivity based on every input type consumed to produce a particular output. In that case, you need to be sure you can convert all the inputs to the same measurement units. Typically that will be money, as in the cost of people’s time, the cost of materials, cost of equipment, and so on. Or, you might be interested in a single input to focus productivity on, like time.

For example, my time is the input I want my ‘content reach’ productivity measure to focus on. That input is the main constraint in the entire system of creating and sharing content.

Step 5: Quantify the inputs and outputs and calculate productivity.

It might already be obvious how to quantify the amounts for your selected outputs and inputs. But if that’s not the case, use a method like PuMP’s Measure Design Technique to create your output measure and your input measure. Then each of these measures will be put together in the basic productivity equation:

Content Reach: the number of times any item of my content that is published is viewed (e.g. downloaded, watched, opened, etc…)

My input measure is easy to quantify:

Content Creation Time: the number of hours I spend creating content (my team does the publishing or sharing).

So I have this productivity measure:

Do you need more than one productivity measure?

You probably have realised that there are different combinations of outputs and inputs for any one system for which you want to measure the productivity of.

Content Created: the number of unique content packages, such as articles or videos or podcasts, produced each month

You won’t get a perfect productivity measure right away. It takes a little time to think through the options. But you need to choose an option, and start measuring it and using it, along with its related measures. Only then will you be in a better position to create a better productivity measure.

The formula to measure productivity is simple – outputs divided by inputs. So what makes it so hard to do well?
[tweet this]