Are You Indulging in Vanity Measures?

In NASCAR racing, you might be forgiven for thinking that a speedometer is a very important gauge for the driver. After all, racing is about speed, right? And speed should therefore be measured. But ironically, NASCAR drivers don’t use a speedometer at all. 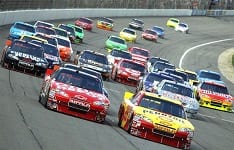 The way that NASCAR drivers race is by using their tachometer and their visual judgement of what’s ahead to get their car as quickly as possible around the track.

The tachometer measures engine revolutions per minute, or ‘rpm’ as it’s commonly called. This measure is much more useful for them in deciding on how much throttle to use and which gear to choose. Speed is simply a vanity measure. It doesn’t help them make the practical decisions that will get their car as quickly as possible around the track. Just because there’s a gauge to measure it, doesn’t mean it should be measured.

A vanity measure is one that’s fun to talk about, and usually it’s one that can look quite impressive. It can boost egos, so it gets a lot of attention. But it doesn’t help performance to improve.

A few years ago I heard a businesswoman say that in measuring sales success, “revenue is vanity, profit is sanity”. And it’s true: revenue always looks bigger than profit, but you can run a business into the ground if you only ever focus on revenue.

But a word of advice: If you tell people who love it that it’s a vanity measure, it won’t go down well. Instead, start the conversation about which important result it is evidence of. Then talk about whether it truly is sufficient evidence of that result, and what other measure could be better evidence.

What measures are in your reports or dashboards, dominating discussions, but not actually helping improve performance? Start the conversation about which important result it is supposed to be evidence of, and what other measure might do a better job.