Can One KPI Monitor More Than One Goal?

Not really. There are three problems you have, if you find that one KPI can be the performance measure that monitors more than one goal or objective. 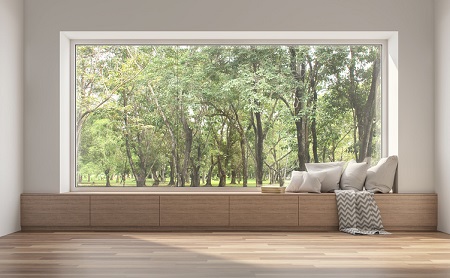 Would you monitor your car’s speedometer as an indicator of how fast you’re going, how hot your engine is running, and what RPM it’s doing? Would you rely on your body weight to draw conclusions about your muscle mass, body fat, and bone density? Would you use your bank balance as evidence that your budgeting, debt repayments, and savings are all improving?

Of course not. It’s like looking through one window but expecting to see different views. To really understand a specific something, to draw precise conclusions and take impactful actions, we need direct evidence of that specific something.

That’s why using one KPI to measure different goals doesn’t really make sense. It means that one piece of evidence can tell you something about three different things.

If you find you have the same KPI or performance measure aligned to two different goals or objectives, you’ve got one of the following three problems:

Problem 1: The goals are really the same.

Given that many goals are written with weasel words, it’s not uncommon that two goals can look different but mean the same thing. I have come across this several times with clients.

For example, a client in the timber products industry had two goals that seemed different at first:

But when we discussed their meanings, they were both about striving for excellence. So they converged into one goal: “Our customers experience only excellence with us.”

Problem 2: The KPI is either a solution or a spinoff of both goals.

We could achieve both of the two goals of ‘Reduce rework’ and ‘Increase productivity’ with a solution of streamlining business processes. But measuring % Business Processes Streamlined is not evidence that either goal was actually achieved, or to what extent it was achieved.

Achieving either of these two goals might also reduce Operating Costs. But Operating Costs is not direct evidence of either goal, as it could still reduce without them.

Problem 3: The KPI isn’t direct evidence of either goal.

Our KPIs are only useful if they are direct evidence of our goals. If we have no direct evidence (quantitative or qualitative) of our goal, how can we knowingly change it? If we cannot directly measure a goal, our actions won’t impact it.

Staff Turnover is a measure used in the majority of organisations. And it’s often aligned to different goals, like these:

Good KPIs are direct evidence of your goal.

No KPI will be perfect evidence of a goal, but we do want our KPIs to be convincing evidence of our goals. And that cannot be the case if you have any of the three problems above.

You can put this theory to the test with any KPI you currently have that’s monitoring more than one goal. Ask yourself this question:

Could your KPI change while one or more of those goals doesn’t change?