CASE STUDY: Side-Stepping Out of the Too-Many-Goals Rut

This is an excerpt from the Measure Up Podcast: A Case Study interview with Bec Bach, a Performance Analysis and Reporting Consultant who helps South Australian schools use data and evidence for improvement planning. 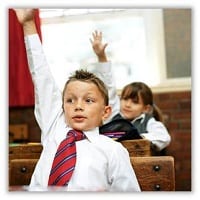 Bec Bach is a Performance Analysis and Reporting Consultant with the Department of Education and Children’s Services in South Australia (DECS).

Bec used the PuMP technique of Results Mapping with one of DECS’ country schools. This school had fairly high levels of disadvantage, and fortunately it also had the most enthusiastic and positive staff that Bec has worked with. This school underwent a review that recommended specific improvements to their performance.

As a result, the school wanted to update their 3 year improvement plan and invited Bec to help with their targets.

Bec recounts what happened when she introduced PuMP to the whole Leadership Team at the school:

“The first time that I took the Leadership Team through the notion of PuMP I could see that there were a few people who were struggling with it, which was good because they were really honest and open with me. But I really liked the way that the Assistant Principal summed it up. He said ‘Look, you know we asked you to come to help us with something. You’ve come and presented us with something else, but you know what? We’ve taken a step sideways and we’ve actually got a broader view.‘”

Should you really measure 115 priorities?

The enthusiasm, in fact, turned out to be a challenge for Bec. They wanted to improve everything! Looking at their improvement plan, they had 5 priorities. But within each of those priorities there were about 4 or 5 goals. And they also had a plan for the Junior School, the Middle School, the Senior School and also for the Aboriginal Education Team within the school.

So when Bec started them on Results Mapping, bringing it all together into the one visual map, they found for one priority (about literacy) they had 115 goals to achieve in 3 years. And they were wondering why it was a struggle to get there!

Their plan had never been represented visually before, and this was the biggest impact of the Results Map for this Leadership Team. All their goals suddenly became connected together, and showed them how much improvement work they were trying to do. With 115 goals, it’s just impossible to go really deep and thoroughly into that improvement work.

Focusing measures on things that need improvement versus maintenance

Bec said to the Leadership team:

“Yes they are all important, but what are the things that are most important, what are the commonalities between the Junior School, the Middle School and the Senior School? How can you collectively bring some of those goals together and make them a school goal?”

Bec explained that one of the things that the school found a bit hard was to take things out of their plan. They felt if they take it out of the plan, then they’re not doing it. She suggested to them:

“Well, hang on you know, you can’t improve everything, so work out what you want to improve. It doesn’t mean that you’re not doing things, because things can go into a maintenance mode.”

It turned out to be a really helpful process. They ended up with about 4 goals for the school as a whole, and then a number of different measures. For example, with their improved literacy outcomes, they would use a different measurement in the Junior Primary than they would in the Middle School or the Senior School. Then they could link the work in the classroom with the school goals. Bec said:

“And that’s again the beauty of the Results Mapping, because for the first time people could really see the impact of what they did in their classroom and how that influenced a school goal, which helped to then achieve a priority. That visual connection was so strong and so important for people.”

TAKE ACTION: The best way to get out of a rut is to stop, and take a sideways step. Getting out of performance measurement ruts is no different. What’s the deepest performance measurement rut that your organisation faces? More immeasurable goals? Worsening disengagement from people? Continually selecting lame measures? Stop, and take a sideways step out of the rut by deliberately adopting a fresh approach.