How PuMP Helped Find a Solution That Stuck

Trevor Hobbs tells his story of how one of the principles of PuMP can directly help you find solutions that stick!

Recently, Tennessee weather has been really humid. So much so that post-it notes are no longer sticking to the white boards in my office. They fall off onto the floor, messing up my organization system. It’s the third summer I’ve been in this particular office, and I’ve never had this issue before.

When others complained about the humidity and how much worse it is this year than prior years, my assumption was that there must be something about the weather, or perhaps even the building’s air conditioning system that is not performing as intended.

I took to the internet to see if this had ever happened to anyone else. Almost immediately, I stumbled upon a post regarding Agile, written by Peter Hilton, and the common problem with sticky notes that users encounter. Only, the article didn’t address the cause that I was expecting.

Instead, it addressed correct sticky note technique and the role it plays in ensuring sticky notes stay stuck to the white board. The author asserts that if notes aren’t sticking, it’s most likely the user’s fault, and an issue with technique.

I had never considered that my technique could be responsible for the sticky notes falling off of the board, but it turns out he was right. I did some additional searching to learn about the correct technique, and found a video that explained that pulling the top sheet instead of peeling it, keeps the adhesive portion of the note flat, instead of curling it. At that point, it’s just simple physics. A larger surface area of adhesive connects with the white board when flat than when curled.

Humidity hasn’t changed in Tennessee, or in my office. But because I learned more about the process of using a sticky note, I was able to get better results for basically no cost. Repairing or replacing the air conditioning unit would be expensive, and probably wouldn’t have really addressed the issue. Although it appeared that the source of the issue was beyond my control, and only barely in my circle of influence, after a little further investigation, it turned out the issue was completely in my control after all. I just had to modify my process.

I thought you might enjoy hearing about this experience because it is a really good example of how PuMP helps us to evaluate the underlying process that produces results we are interested in achieving, faster, and with less effort.

Truthfully, it was only because of my understanding of PuMP that I even went looking for information in the first place. Without the words of Practical Performance Measurement ringing in my ears, I would probably have believed the air conditioning system was to blame. And thinking about it now, that was really dumb, and arrogant.

Anyway, thank you for helping me keep my post-it notes on the board! 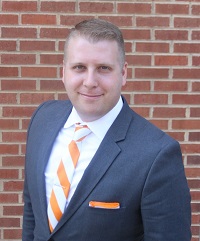 Trevor Hobbs is the Assistant to the Town Administrator for a community in East Tennessee, in the USA.

“Without the words of Practical Performance Measurement ringing in my ears, I would probably have believed the air conditioning system was to blame [not my sticky note technique]” – Trevor Hobbs, East Tennessee, USA.
[tweet this]