How to Build a KPI Example to Engage Anyone

You can create a KPI example that can quickly engage leaders or colleagues in seeing the power and benefits of measuring what matters. 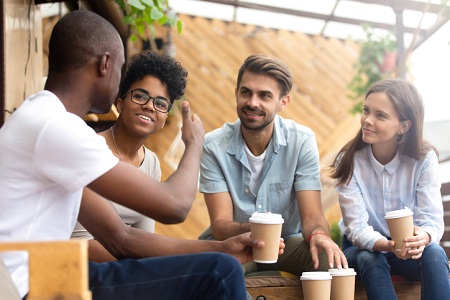 If you’ve read this blog long enough, you’ll already realise I like motorsport. And perhaps that’s part of the reason why I paid attention when a LinkedIn connection of mine, Ted Danemiller, shared his passion for both KPIs and motorsport.

Ted works with Capstone Motorsports, and he is an instructor for high-performance driving. He shared with me how KPIs and data are vital in the success of motorsport, from his experience (which he has a tremendous amount of).

Motorsport may be nowhere on your own radar of interests, and it matters not, for the point I want to make here. The point is the value in building a KPI example to help engage our colleagues in better measurement.

With his motorsport example, Ted kicked off with two of the important KPIs of success in the Grand Sport (GS) category they race in:

Wins gets the headlines, he says. But Points matter too because you can still win the season without winning all the races.

“You can win a season without winning all the races IF your team places consistently well and runs in the lead. This also means that first, second, and third place teams receive monetary awards. Believe me, that doesn’t even cover the daily operating costs! But doing well is its own reward. Inside GS there is a sub-category, the Bronze division. It is teams made up of non-factory crews (like us) and who have one Pro and one Amateur driver each. Currently we lead this Division with 7 wins in the subgroup, even though we are currently 10th overall in GS Class. But we are third fastest in our vehicle type, an AMG GT4. So, there’s room within Wins for which we can improve.”

Driving KPIs (pun intended), in our performance measurement context, are those measures that have a causal effect on the outcome or success of KPIs. For the motorsport success KPIs of Wins and Points, Ted described quite a few driving KPIs:

“On our team, [changing a driver] is one of or true leading indicators. And changing a driver is fun: one of ours, Gary, is an ex-Army SF guy about 6’2″ tall, and the Pro is Kris, about 5’4″ tall. So, we have to help Gary out of the roll cage environment, install Kris’s seat, and help Kris get in all while the pit crew is spinning wheel nuts and dumping fuel through a 2′ hose driven only by gravity.”

The kind of KPI example I wanted to illustrate with Ted’s story has a few qualities:

If you’ve done something similar to this and have a fun KPI example to engage your colleagues, I’d love to hear about it in the comments on this blog post.

And if you haven’t, then what could you build a KPI example about, that satisfies those qualities listed above?