Is Measuring Performance a Keystone Habit?

Some habits are so powerful, that by focusing on them alone you can start a ripple-effect of other good habits with very little effort. These are called keystone habits by Charles Duhigg, author of “The Power of Habit“. There’s some suggestion that measuring performance is one of these keystone habits. 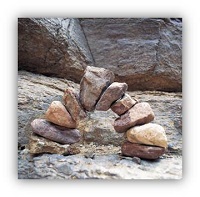 In his book, Charles talks about how a group of researchers in 2009 studied a seemingly oversimplistic approach to weight loss:

“They had assembled a group of sixteen hundred obese people and asked them to concentrate on writing down everything they ate at least one day per week.

It was hard at first. The subjects forgot to carry their food journals, or would snack and not note it. Slowly, however, people started recording their meals once a week – and sometimes, more often. Many participants started keeping a daily food log. Eventually, it became a habit. Then, something unexpected happened. The participants started looking at their entries and finding patterns they didn’t know existed… [T]his keystone habit – food journaling – created a structure that helped other habits to flourish. Six months into the study, people who kept daily food records had lost twice as much weight as everyone else.”

Charles Duhigg goes on to relay the story of how Paul O’Neill, a previous CEO of Alcoa, focused the organisation on the keystone habit of safety, of reducing accidents to zero. By instilling the safety habit from the board room through to the shop floor, Alcoa’s performance in just about every other area dramatically improved as well, without trying.

Measuring performance, I think, could actually be a keystone habit too. Here are my reasons:

Reason 1: Measures train your attention on to things that matter.

When your attention is on what matters, your reticular activating system (the part of your brain responsible for conscious focus and high attention) switches on and automatically starts lining everything up to achieve what matters.

Think of important personal or business goals you’ve measured compared to important goals you didn’t measure. Where did your attention go most easily and regularly?

When you look at the gap between as-is and should-be (or could-be) performance in something that matters, you can’t not feel an urge to close that gap. Measures generate this competitive energy that’s perfect for fueling whatever changes are necessary to close the gap.

Do you have any goals right now, where you have measured the baseline and have also set a target? How motivated do you feel for closing that gap, compared to trying to reach a goal with no knowledge of the baseline and no target?

Reason 3: Measuring your habits helps you acheive them.

People who measure their goals, and measure their diligence in following the habits that will reach those goals, are more likely to reach them. When measurement becomes a habit, this is so much easier.

If measurement is not a habit for you yet, not something that happens automatically and systematically, then I suggest choosing something important but relatively easy to measure. And start measuring. Then measure something else that’s important. And then add a third important thing to measure. And keep going.

What are your experiences with measurement as a potential keystone habit? Do you agree? Do you have some different ideas? Join the discussion…