Are Your KPIs A Tool In Their Hands Or A Rod for Their Backs?

What people believe a KPI or metric or performance measure will be used for fundamentally affects whether performance will improve or not. 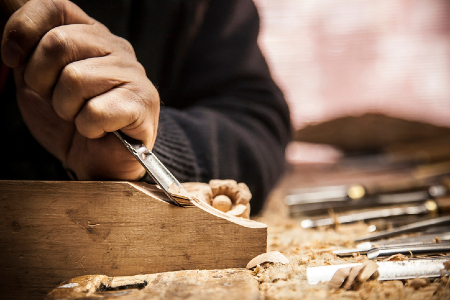 One of the most important memes of PuMP is that KPIs should be a tool in people’s hands, not a rod for their backs. Elizabeth, who works in an internal department that helps other Canadian provincial government Ministries develop plans and measures, explains this (at a PuMP workshop delivered by Louise Watson):

A culture of continuous improvement is how organisations reach their goals, fulfill their purpose and bring their vision to life. A culture of judging shuts down learning and collaboration, and rewards quick fixes that eventually erode the organisation’s success.

Getting this right is vitally important to how well your organisation can and will perform. But it’s a distinction that still many organisational leaders don’t appreciate. One way to begin appreciating the distinction is to discuss the observable clues in your organisation, of whether KPIs are tools in people’s hands, or rods for their backs.

The clues of whether your KPIs are tools or rods…

There are a few clues that suggest when people are most likely to believe that a KPI is a rod for their backs:

Looking for evidence of these clues in your organisation can help you decide if and how to shift your culture around performance measurement.

1. What the KPIs are measuring

The first clue that people believe KPIs are a rod for their backs is when the KPI directly measures their individual and personal performance. The classic situation is sales teams, where each person is measured by the number of sales they make. And because the measure puts a spotlight on this, they will do whatever it takes to make more sales. You know how it goes…

On the other hand, if your organisation’s KPIs measure process and system performance, people feel less threatened by measurement. Thus, the rod-for-their-backs risk is lower.

2. Which management process produces the KPIs

When people ask me for help with KPIs, they mean one of two things; and I often have to ask which type of KPI they mean. The first type of KPI is produced by the employee performance management process. These KPIs are used to reward or ‘manage’ employees. And it sends a clear message that measuring is about judgment, competition, and often losing dignity.

The second type of KPI is produced by the strategic planning process. These KPIs are used to improve organisational processes and systems so strategy can be executed and achieved. The message is that measuring is about learning and improving, with KPIs as a tool in people’s hands.

3. How accountability is set up

Accountability for performance is rarely overtly defined in organisations. But it’s often assumed that when you’re accountable for a KPI, it’s about hitting its targets. It’s like in call centres that have targets for average handle time. Customers with harder problems who need more time will get cut off to ensure the target can be met. It becomes a numerical game, as though the end justifies the means.

A better definition of accountability for a KPI should be based on monitoring the KPI, interpreting it’s validly, and initiating improvement action if and when it’s needed.

4. Who uses the KPIs

If KPIs are seen as rods for backs, it means that someone else is using the KPIs as rods. One example is when supervisors of manufacturing teams are using KPIs to monitor rework, but the teams don’t have access to those KPIs. But those supervisors make reducing the rework the responsibility of the teams.

Whomever is responsible for a result should be the owner and user of the measure of that result. This empowers people to understand their work processes more deeply, and to feel stronger ownership for continually improving them.

One of the most obvious clues that your organisation’s KPIs are seen as rods for people’s backs is how they behave when asked to improve performance. We see internal competition for resources. We see performance problems being hidden or avoided. We see metric fixation where people manipulate either data, measure or process to artificially hit targets.

Instead, we’d rather see collaborative problem-solving, everyone understanding their shared purpose, discussions about learning, and improvement focused on root causes.

The urgency with which people want to escape the KPI rods can make quick fixes exceptionally appealing. And often necessary. Quick fixes are usually fast or cheap to implement, and can get short-term results to tame those rods. Trying to deliver customer orders quicker by skipping safety and quality checks might calm customers down in the short term. But such quick fixes often have nasty side effects, and the problem comes back worse than before.

Lasting improvements will only come from fundamental fixes, that deal with the root causes constraining performance. This means performance improvement takes time to do properly. Rods don’t work.

What’s your organisation’s risk of KPIs being seen as rods for backs?

It’s important that we have more open conversations about the philosophy behind performance measurement in our organisations. If people are cynical or fearful around KPIs, performance will not improve and it will likely decline out of leadership’s control.

So, what can you do? Try to notice more, collect examples or stories, and design conversation-starting questions to help raise awareness in your organisation about the risks of having the wrong philosophy of performance measurement.

KPIs only bring about performance improvement when people believe they are tools in their hands, not rods for their backs.
[tweet this]