QUESTION: Why Won’t Leaders Own the KPI System?

Brett, a Performance Manager in a large public sector organisation, asks “What do I do to get the Executive leadership team to take ownership of the agency’s performance management system?”

It’s sad but true that many leaders of our organisations simply don’t embrace performance measurement. 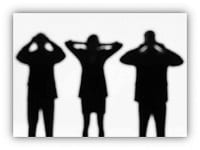 They fear looking bad, fear not getting that bonus, fear being sacked, fear missing out on the next upward step in their career. And all this fear leads to insidious performance management behaviours.

The figures get managed, not performance. They measure only the “good news” things. They focus on actions rather than outcomes.

The leadership team of a local government organisation only wants to measure things that show how great the council serves its community. That leadership team is flying blind, because they’re looking at the pretty view and not at the looming storm clouds.

Usually the people who see this problem are in positions where they cannot affect it. They appreciate that performance measurement is about feedback, learning and continuous improvement. But they have to do what they’re told.

The Strategic Planning Manager in the same local government organisation is absolutely committed to continuous improvement, but he’s constantly befuddled by the silly KPIs his leadership team keep asking for.

So what can you do?

How can you get the senior leadership team to take ownership of the performance management system?

The truth is, not much. You have as your obstacles their fears about KPIs, their arrogance that they already know everything there is to know about KPIs, and their short-term focus on getting positive results quickly.

So putting forward a logical case for KPIs isn’t going to work in situations like this.

I don’t believe it’s a problem you can address directly. But you are still part of the system, and as such, your actions do have an effect in that system. Like tossing small pebbles into a pond, the ripples can still reach far.

So what kinds of pebbles can cause the right ripples?

Questions are one of the most powerful tools that we have for influencing others. Don’t try and influence beliefs, attitudes or behaviours, though. The kind of influence that will send the ripples the farthest are questions that raise awareness. 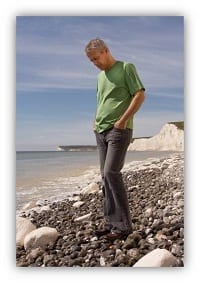 Awareness that KPIs don’t all have to be reported upward and outward – that they can simply be feedback for internal use. Awareness that by measuring something that’s bad now, and fixing it, means they’ll have a real good news story in the future. Awareness that it’s more heroic to fix a problem than to deny that there are any. Awareness of what performance measurement truly is.

And even if you fail to influence the current leaders, you can still influence the future leaders with questions that raise their awareness, too.

I’d love to hear your thoughts and ideas, your successes and failures, in attempting to get senior leaders to champion proper performance measurement. Comments, anyone?