Seven Comebacks to “That’s not measurable!”

Admit it – you’ve either heard or uttered these words when faced with a goal that was intangible or fluffy: “That’s not measurable!” 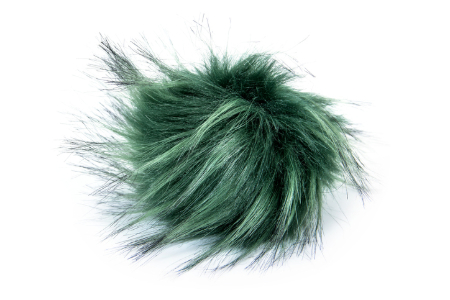 If you believe a goal is not measurable, you’ll either assign it an activity-oriented measure, a milestone (which is not a measure!), or leave it unmeasured. Then you’ll move onto the next goal to see if that’s easier to measure. Chances are, it won’t be.

But don’t give up so soon! I face this challenge with almost every client I work with. The problem is not that your goal is not measurable – it’s that the language that was used to express the goal is not specific enough. It’s probably full of weasel words. And it’s become separated from the real, sensory world in which it’s supposed to manifest.

We have to be able to describe our achieved goal in real-world language. After all, if we don’t know or can’t detect what would be different, then what’s the point of the goal in the first place?

So when someone tells me something’s not measurable, here are seven of my favourite retorts (with the use of the Sustainable Development Goals to illustrate each one):

Question 1: If that goal were happening now, what would be different?

The whole idea of a goal is change something. Something that matters, no less. So what would be different after the goal is achieved?

For example, Sustainable Development Goal 2 is “zero hunger”. The main thing that would be different if this goal was happening right now could be that no one will be sick or dying from lack of food.

Question 2: How would you know if you’ve reached that goal or not?

If you achieved the goal, what would you see? What would you hear? What could you touch that wasn’t there before? Exactly how will you do the recognising that would lead you to know you reached the goal?

For example, Sustainable Development Goal 4 is “quality education”. If this goal was reached, perhaps it means that no child on the planet would miss out on a full course of primary school.

Question 3: How would anyone else be convinced whether or not you’ve reached this goal?

Often we set and pursue goals for the benefit of others. Others like customers or stakeholders or employees. If the goal is for them, then they should notice something when the goal is reached. How will you convince them?

For example, Sustainable Development Goal 5 is “gender equality”. To convince anyone this goal is achieved, we’d need to show tangible things like the gap between boys’ and girls’ participation in education closing, and the gap between women’s and men’s poverty levels (like incomes) closing.

Question 4: Imagine you’ve already reached that goal – what would you be looking at to convince you of this?

Activate the visual power of your brain, to bring to life the world after your goal is reached. Look at that image in your mind’s eye and compare it to what you see around you in the physical world. What would need to be really different to convince you the goal was achieved as it was intended?

For example, Sustainable Development Goal 6 is “clean water and sanitation”. Look at photos of places in the world where people are carrying bottles of water you cannot see through, home to drink. And now imagine those people pumping clear water (that you see through) from a local well instead.

Question 5: What exactly is this goal trying to change or improve?

If it’s hard to get definitive answers to the first four questions above, it might be worth backtracking a little, and reflecting on the intention of the goal. Why did you set that goal? What needed improving? What state or situation or experience needed changing? Then return to the above four questions.

For example, Sustainable Development Goal 14 is “life below water”. This goal is trying keep the oceans clean of our rubbish, particularly plastic, so that marine life is more abundant.

Question 6: What problem is this goal going to solve or fix?

Another angle is to try to get in touch with the problem you wish you didn’t have. The problem the goal is supposed to fix. Articulate the problem as though you were explaining it to someone that the problem affects.

For example, Sustainable Development Goal 15 is “life on land”. We cannot continue deforestation and soil degradation, or we won’t be able to grow the nutrients we need, and Earth’s biodiversity (of which humans are a part!) will be threatened.

Question 7: If you don’t have this goal, what exactly are you or others going to miss out on?

For example, Sustainable Development Goal 16 is “peace, justice and strong institutions”. Too many people miss out on freedom, peace and the ability to live without constant fear.

Bonus: If your goal is really an action.

Sustainable Development Goal 13 is “climate action”. Unlike most of the goals, it doesn’t really describe a result; it describes an action. The actions associated with reducing the effects of climate change are important, but goals are more helpful if they focus on the intended result of the action. Perhaps this goal is better worded as “global warming is stopped”. If you find you have an action and not a result as your goal, then you need a different question first: “Why do we want to do this action?”

At least now, for most of your hard-to-measure goals, you’re armed with more productive alternatives to giving up. Pull out these questions the next time you hear those words, “That’s not measurable!”