The Price of Knowing is Transparency and Accountability

The price for informed decision-making is transparency and accountability. And that’s a price that appears too high for many leaders. So they keep their heads in the sand and steer by gut feel. And they pull the wool over everyone else’s eyes with hearsay and anecdote and biased selection of data.

But what these leaders don’t take the time to find out is that the price of transparency and accountability is much lower than the price of ignorance. Organisations led by such leaders rarely perform well. And if they perform well in something, it’s usually at the expense of other important results and it’s short-lived. 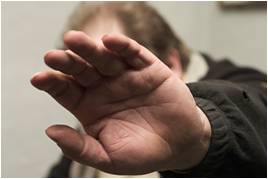 “The implication is that leaders need to make a fundamental decision: do they want to be told they are always right, or do they want to lead organizations that actually perform well?”

One of my earliest teachers in organisational performance was the Safety Manager in a transport organisation. He invited my help to improve safety performance reporting, and part of my improvement was to display the safety performance measures in line charts with about two years’ of history. This is the way to see how performance changes over time. It’s how we see the impact of our improvement initiatives. It’s how we see the potential for further improvement. This is what I assumed the Safety Manager was indeed trying to do. But I was wrong. He wanted to know that what he was doing was working. Not if, but that it was working. The improved graphs I showed him told a different story. They showed that nothing had changed for the past two years. Performance was not improving under his leadership. To stay in ignorant bliss, his only choice was to attack the credibility of the graphs and their creator.

Without realising it, the Safety Manager had taken Pfeffer and Sutton’s first decision, to be told he was always right. And the price he paid was impotence, the lack of any effect at all on safety performance. And of course, that was the price his organisation had to pay also.

In contrast, the CEO of a timber products company had taken Pfeffer and Sutton’s second decision, to lead his organisation to actually perform well. He was frustrated that he couldn’t see any bottom-line impact from all the investments they were making in process improvement projects throughout the company’s operations. Rather than hiding this from his Board, rather than making excuses, rather than looking for data that could paint a positive picture, the CEO took 100% ownership of the reality. He and his senior leadership team spent the time to learn how to measure the company’s strategic direction. They aligned each operational team with that strategic direction and helped them learn how to measure the operational results that were drivers of the strategic results. They used the measures as a cornerstone to evidence-based management. And they saw the transformation of aimless process improvement effort into high-leverage strategic impact.