The Single Most Important Reason Why Performance Measures Should Be Scientific

Whether you’re measuring hard facts like sales and revenue and cycle time, or softer perceptions like satisfaction and agreement, those measures need to be scientific. Here’s why. 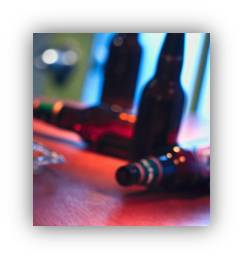 On the radio recently, I listened to an interview with a researcher at a prominent university about a study he conducted to learn what influences children to grow into adults with drinking problems.

He learned, from scientifically designed longitudinal studies of cohorts of school children, that those children introduced to alcohol at a young age were more likely to have a drinking problem when they grew up.

When the program host opened up the phone lines to hear questions and comments from his listeners, I was appalled. Every caller declared that the researcher was wrong or his study was flawed or that he made it all up. Their evidence for such accusations was that their personal experience was different to the research findings.

The callers believed that because they could offer an exception then that meant the study had to be wrong.

Have you seen this happen with your performance measures? A measure shows that sick leave rates are increasing, and a manager refutes it because her staff were all at work last week.

But that doesn’t mean we can’t make good use of what we learn about the population. If we have learned that children who are given even small and infrequent amounts of alcohol are much more likely to have an alcohol problem later in life, why wouldn’t we do something to change that?

Another study might identify another factor that we could act upon too.

Performance measures are not different to scientific findings. They tell us something about the big picture, something we can act on so that performance can take as big as possible a step toward the ideal.

People who refute scientifically produced findings are letting their personal biases drive their decision-making. And that’s the whole point of taking a scientific approach to measuring and learning about our world: to remove personal bias.

How do your colleagues interpret performance measures? As useful information to act on the big picture? Or do they spend too much time refuting what the measures have to say because it differs to their personal experience? Share your thoughts!