The Steps to Use KPIs for Iterative Strategy Execution

Instead of implementing our change initiatives as long, drawn-out projects, we can run them as a series of iterations. Iterating our way toward a closed performance gap is going to be faster than trying to close that gap with a single big solution. 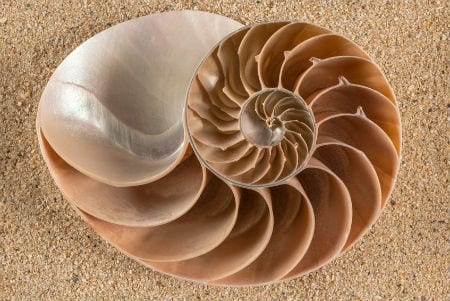 The Steps to Use KPIs for Iterative Strategy Execution

Inspired by Josh Kaufman’s WIGWAM model for the iteration cycle [1], there are six steps:

Now. The first step of any iteration in executing strategy to close a particular performance gap is to assess the current state.

Our performance measure will tell us what’s happening. Specifically, it will tell us how big the gap is, between actual performance and our target. If this isn’t our first iteration in attempting to close this particular performance gap, then we also want to notice whether the last iteration worked or not, and take that learning into the next step of the iteration cycle.

Options. Our second step in the iteration cycle is when we build on previous learning to scope the options for change.

We take a closer look at the business process flow and also look for signs of what system dynamic might be at play. We look for root causes, using whatever data we have to help us quantify each of their impacts on the performance gap. We check to see if others have already tackled a problem like this one, by benchmarking for example, and list the solutions that failed and the solutions that worked.

Focus. The third step in the iteration cycle is to choose just one cause to fix.

We pick the one that the data suggests will take the biggest bite out of the current performance gap, and is within our circle of influence (we have the ability and the resources to do something about it). It will be tempting to fix a few things; it will feel more efficient. But it means we confound our learning. We won’t be able to isolate the impact of each change, and so we won’t know which changes worked, which changes did nothing, and which changes actually made things worse. If we treat this as a business experiment, it’s here that we form our testable hypothesis.

Approach. The fourth step in the iteration cycle is to design how the chosen cause will be fixed.

Implement. We simply carry out the action plan in this fifth step of the iteration cycle.

While we implement, we remember to collect data to measure the impact of the change initiative and any unintended consequences of it also.

Learn. The sixth and final step of the iteration cycle is checking the performance gap again, using the measure of the result we used in the first step.

We want to learn what impact our change initiative had on the performance gap. If we use an XmR chart for our performance measure, then one way to see the impact will be a signal in the chart, like a long run or a short run. We also want to learn from any measures of unintended consequences, too, to be sure the impact of the change is worth the true cost. And now, if we want to close even more of the performance gap, or set a higher target to create a new gap, we move back around the cycle for another iteration.

Iterative strategy execution is different to putting all our eggs into one basket – planning and budgeting for the entire year’s change initiatives at the start – and hoping it all pays off in the end. It’s less risky and often less costly too. That makes for a higher return on investment in our strategy, and higher organisational performance.

Have you used iterative processes like NOFAIL in your strategy execution? Care to share an example to inspire our Measure Up tribe?