Is Culture Really Too Intangible to Measure?

Culture is a word we use to describe the interplay of values, beliefs, attitudes and behaviours within a group of people. In organisations, workplace culture is one of the hardest things to measure. But we want to measure it, because we want to influence it. 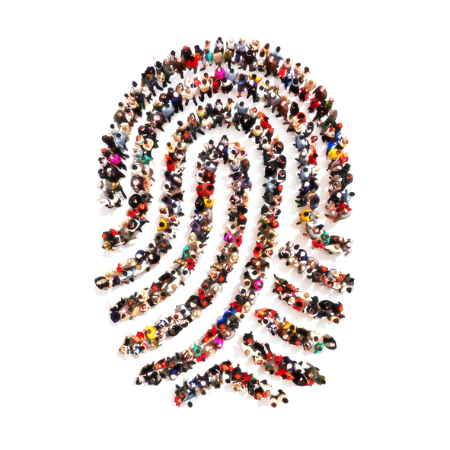 You get the vibe of a culture when you walk around a workplace. That vibe is an inner sense you develop from the sensory data you collect – both within and outside of your awareness – as you observe that workplace.

Not every organisation needs to work on all possible dimensions of culture. There are too many, and the following are only a sample:

Which dimension you focus on will depend on what is strategically important to your organisation right now. It’s a decision you can’t overlook, because generic measures of culture are next to useless:

“Like a corporate fingerprint, your culture won’t be the same as someone else’s. The type of culture you want to create will be dictated by your unique business imperatives.” – Carolyn Taylor

Culture can be gauged by observable or detectable behaviours in the workplace.

Many authors of culture measurement rightly say that we can’t directly measure the feelings, assumptions and beliefs people have about culture (Carolyn Taylor, Nicola Shield). We can only measure what we can observe. So it’s useful to think of measuring culture as an exercise in measuring the difference between how we want people to behave and how they actually do behave:

“I define culture as the day-to-day behavior of your people. If we can define, with real clarity, the day-to-day behaviors that most drive success in your organization, and we can get your people to do those behaviors far more consistently, then it’s a small logical step to conclude that you’re going to be more successful. So the key then is to measure how much more consistently we are, or are not, behaving in accordance with the culture we’re trying to drive.” – highperformingculture.com

For example, the behaviours of the strong safety culture in a mining corporation might be:

As another example, the behaviours of a collaborative culture in a government department might be:

The second step to find meaningful measures of culture is to articulate a concise collection of the behaviours that most convincingly define the dimension of culture you’re focused on improving.

Describe the culture-defining behaviours clearly and specifically before you try to measure.

Essentially, culture becomes measurable when you can describe the specific behaviours in measurable language, just like we should with goals. The measures are really just quantifications of the degree or amount of those behaviours that happen.

You can describe the observable behaviours of culture because:

The attributes of culture are observable and detectable. And that makes culture measurable. So avoid the weasel words and use sensory language instead, to describe each culture-defining behaviour.

“To find an organization’s unique metrics, you need to pay close attention to what’s happening around you. Notice where the energy and motion are, and find ways to track positive outcomes that will encourage others to pay attention and join in. This would be an impossibility with an external, one-size-fits-all culture yardstick.” – strategy+business

The third step to find meaningful measures of culture is to express each culture-defining behaviour in clear and specific and observable (measurable) language.

Design measures of culture-defining behaviours that balance perception with observation.

There’s usually more than one way to quantify a result you want, because there’s often more than one form of evidence that might convince you the result is happening. We see this all the time with the Measure Design technique we use. Even though we aim to have just one direct measure of any result, most of the time we end up with two or three companion measures for a single result, to get enough KPI acuity.

The same goes for those culture-defining behaviours. They can be quantified in different ways, like these:

The first two above would be based on data collected by a bespoke survey consisting of questions designed around your list of culture-defining behaviours. The third would be based on using a technique like Measure Design and identifying the specific data needed for the non-survey based measures you chose.

The fourth step to find meaningful measures of culture is to design specific measures that quantify both perceptions and direct observations of the culture-defining behaviours.

Will the measures be a perfect encapsulation of the culture?

Of course not! No measure is a perfect encapsulation of the thing it monitors. But we don’t need perfect information to make better decisions. We can measure the attributes of culture we want to change, and still learn enough to guide the changes we should make.

The real challenge is figuring out how to do the observing and detecting of those attributes of culture in an objective way. Good performance measures need objective data (not perfect data, though).

And to accompany your objective and quantitative culture measures, some well-designed qualitative evidence of culture will help give a richer context. Qualitative data is basically non-numerical, like words, videos and images. You can categorise it to make it quasi-numerical or you can apply other qualitative analysis methods to draw out the strongest themes.

The final step to find meaningful measures of culture is to balance them with qualitative evidence, and use both to decide the next best thing to do to improve the culture.

Culture is as unique as a fingerprint, so its measurement needs to be tailored to how each organisation defines the culture they want.
[tweet this]

What are the culture-defining behaviours most strategically important in your organisation? How are you measuring them?