What is Your North Star Metric?

Is it really possible to find a single KPI or metric that captures the absolute core value your organisation offers your customers? 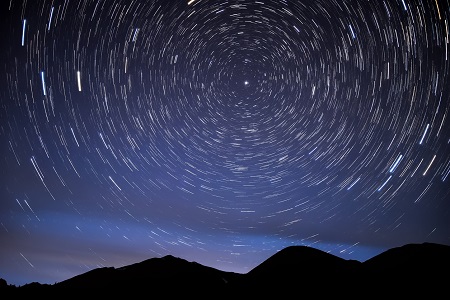 Polaris is the name of the star in the northern hemisphere that lines up with Earth’s axis, so the entire northern sky wheels around it. It inspired another business idea coming out of silicon valley, the North Star metric, which growthhackers.com define as this:

“The North Star Metric is the single metric that best captures the core value that your product delivers to customers.”

It’s an appealing idea, because if you get it right, it provides the right hub for your entire organisation to ‘wheel around’ what matters most, what essentially is the organisation’s ultimate purpose.

The problem with the execution of the North Star metric idea is that many people miss the fundamental crux of this definition: core value to customers. You can see this problem in commonly shared examples like these:

Each of these companies set their North Star metric to focus on usage of their product, not the value it creates. Given that the idea came out of silicon valley and mostly technology companies, user engagement is more easily top of mind for them, and easy to measure. But usage is often a poor proxy for value, no matter how easy it is to measure. And can drive the wrong decisions.

Airbnb, for example, can hit their metric of Nights Booked by focusing more on increasing market reach and increasing numbers of hosts. But churn might stay high. Wouldn’t their ‘core value’ be better defined as finding perfect matches between the hosts’ properties and guests? And perhaps the North Star metric is the percentage of bookings where hosts and guests gave each other 5-star ratings.

This phenomemon was discussed in a paper by LinkedIn researchers:

“Count metrics, when used exclusively as the North Star, might inform product decisions that harm user experience… Although total endorsements was the right metric at product launch, it became a misleading metric over time. Focus on a misleading metric blinded us to a user experience that drifted away from the main purpose to validate user’s skills and provide the viewer a way to assess expertise.”

Subsequently, LinkedIn developed a new North Star metric, Quality Endorsements, with upgrades to the product to make it feasible to measure.

The core value of PuMP is that it helps you reach your goals sooner and with less effort, through meaningful performance measures. So what do you think the North Star metric of PuMP should be? The number of people being trainined in PuMP? The number of organisations around the world using PuMP? I don’t think so. And I don’t think any other measure of the usage of PuMP is evidence that it’s delivering its core value.

What I’d probably need to measure are two conjoined North Star metrics, possibly like these:

No, I don’t have a feasible way to measure these yet.

How do you find your North Star metric(s)?

It’s difficult to nail what the North Star metric is supposed to be about, if you follow conflicting advice like Growthhackers’ guidelines for creating one:

Do you see now, given what we’ve learned from LinkedIn, that points 1 and 2 conflict with one another? Good metric, KPI or measure design has to be very deliberate, and it must start with a clear and measurable result statement about your core value.

In addition, Grow.com suggest that an organisation doesn’t have just one North Star metric, but that each department or team should have their own. It’s a bit like building a system or hierarchy of measures, like the PuMP Results Map, where every business unit is limited to one measure. So, should North Star metrics be a part of your organisation’s strategy? Or are they more permanent, aligned to purpose, rather than current strategic direction?

Like any kind of performance measure, North Star metrics are useful when they are evidence of results that matter most. The key to find a useful one for your organisation is to first be utterly clear in defining exactly what ‘core value’ your product, service or organisation offers your customers. When you have that articulated clearly and measurably (as we do with all goals and performance results in PuMP), you simply need to put it through a deliberate measure design process.

If you already have a North Star metric, or you want to share one if you create it, please do in the comments on the blog.

The key to find a useful North Star metric is to first be utterly clear in defining exactly what your ‘core value’ is to customers.
[tweet this]