Measure Up subscriber Patrick D. asks a very pertinent question: “Why don’t more companies implement effective performance management systems?” Well, in a nutshell, it’s because they haven’t made it a habit. 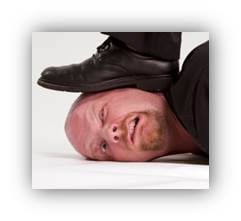 The value of performance measurement isn’t something we should be questioning.

Its value isn’t the reason people don’t do it as much as the reason that they see the pain of doing it as not quite worth the effort. It’s easier not to do it, and keep pretending things are fine without it.

“…for most people, changing is tough because there’s some pain in changing. When you have a problem, there is the pain it causes in your life, but there’s also a pain of trying to change it. When the payoff of trying to change is outweighed by the pay off of continuing the old way, people stick with what they’re comfortable with.

How do we overcome this problem of the pain of change? It’s the mantra of this site: Start small, start with one thing at a time, and make the change easier. You want to make changing the path of least resistance, because change usually isn’t for most people.

If you make a drastic change, it feels really hard and really different, and not something you can stick to for very long.

But when you make a change easier, it makes it easier to take that all-important first step. Once you take that first step, you have a bit of forward momentum. And it’s much easier to be consistent and stick with something for a long time.“

Why do people see performance measurement as a painful change?

The Balanced Scorecard is far more a strategy design methodology, despite common belief that it’s about how to measure performance.

And most other so-called measurement methodologies skim the surface of the process to create good measures, failing to provide practical steps for the details that people struggle with:

People’s attempts to change to evidence-based performance management have largely failed and the result is a bad taste in their mouths.

How can performance measurement more easily become a habit?

So Leo’s advice is sage: start small, start with one thing at a time, and make the change easier.

To this I add, take a deliberate performance measurement approach that is step-by-step, teachable, learnable, repeatable and masterable (I realise that’s not a word!).

What’s your reaction to this idea that we should make performance measurement an organisational habit, and establish that habit by starting small? Share your suggestions on the blog.