Why Leaders Mustn’t Delegate the Design of KPIs 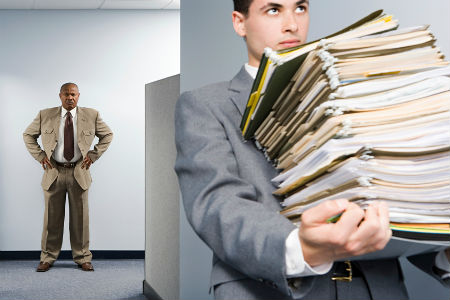 It’s not uncommon, in larger organisations particularly, for the senior leaders to write the strategic goals, then delegate the design of the KPIs for those goals to the strategy and performance people, with the next-layer-down managers.

And the result is a lot of wasted time for a set of KPIs no-one owns.

Of all the Delegated Strategic KPI Design Teams I’ve seen in this position, greater than 90% of them simply can’t do it; they can’t produce the ideal set of KPIs for their leaders’ goals. They have to guess:

These guesses have to be made for three significant reasons.

Firstly, the other people weren’t part of the goal design conversation.

The Delegated Strategic KPI Design Team don’t always know the context of the goals that the leadership team chose. And with the wrong context, we unavoidably end up with the wrong measures.

“Build the capability of our people” sounds quite familiar, as most organisations have a strategic goal like this. But in an automotive sales company that has failed to attract and develop its workforce to meet even the basic role requirements, the context of such a goal is very different compared to a defence agency that must prepare its workforce to meet a new era of national security threats.

Without the whole Delegated Strategic KPI Design Team having the context, weasel words cannot be deweaseled and multi-focused goals cannot be further prioritised. It’s not enough for one or two people in the team to have the context, because that means everyone else has still has only second-hand interpretations.

Weasel words mean different things to different people in different contexts. Weasely goals have more than one meaning, and the specifically intended meaning is hidden from everyone who was not part of the conversation that chose it. And it’s even true that those who chose it can later forget what they meant by it, too!

If the Delegated Strategic KPI Design Team don’t deweasel a goal accurately, they end up arriving at the complete wrong thing to measure. And often they don’t have the opportunity to even ask the leaders what the weasel words meant (or they are too
embarrassed to ask, for fear of seeming stupid or ignorant).

Thirdly, leaders will still challenge whatever others come up with.

If leaders aren’t part of the KPI design conversations, they cannot understand how and why decisions are made about the measures. It will be too easy for the leaders to believe it was a trivial process to arrive at them, so they equally as trivially criticise them.

But measure design is never a trivial process. When it’s done without a good method, it goes around in circles. When it’s done with a good method, it requires deliberate decisions along the way. The leaders don’t appreciate the process the Delegated Strategic KPI Design Team went through. They don’t hear the struggle to understand and translate the goal. They don’t witness the depth and breadth of the exploration of potential KPIs. They don’t understand the rationale for rejecting or accepting each KPI.

The first option to explore is always to encourage your leadership team to own the responsibility of designing their own KPIs. Not every leadership team has the right culture yet, however. So, if this is impossible in your situation, no matter how hard you try to convince them not to delegate their KPI design, there are a few work-arounds:

We can only own what we take our hand to creating.

If you need a tailor-made suit for an important event, you don’t send your staff to the tailor on your behalf. If you own the goals, you own the measures. The only measures you will feel you can own are the measures you create yourself. So, the only true solution is this:

Our organisations need evidence-based leaders who are deeply committed to their strategic goals, who have a crystal clear vision of how those goals will become manifest in the real world, who can easily help others see that vision just as clearly, and who routinely monitor those goals and prove it as they become reality.

These are the leaders that, with PuMP, we can help.