Why Won’t People Commit To Goals and KPIs?

There are many reasons why people commit to goals and KPIs, but it’s much easier to work with the reasons why they will stay committed. 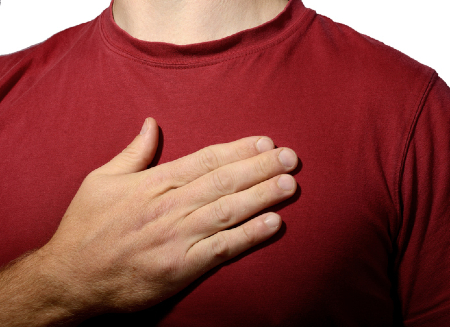 Here are five of those reasons, expressed as tactics you can deploy to make it much easier for people to keep to their goals.

Tactic #1: Create team goals and KPIs, not individual ones.

One of the greatest fears people have of being accountable for a goal is of the consequences of not achieving it. And rightly so, because there really aren’t any results that can be fully controlled by any single individual. Everything in an organisation is connected and interdependent. Setting team goals takes away the fear, and the collaboration increases the chances of goals being achieved.

A great way to set team goals and KPIs is to start with what we call a Measures Team (that’s right, not a Goals Team). We’ve found that when teams create measures for their goals, and not just goals themselves, their commitment to their goals is much higher. The measures bring the goals into concrete reality.

For example, don’t set individual goals and KPIs for each trainer in a training organisation. Help the trainers see that they really work as a team within the same process. Invite them to form a Measures Team, and collaborate to set shared goals and KPIs.

Tactic #2: Involve people to create goals and KPIs that they value.

We’re not robots, that unquestioningly do whatever our programmer tells us to do. We are humans, with the power of free will and choice. And no-one in their right mind is going to blindly give their time and energy (let alone their blood, sweat and tears) to achieving a goal they don’t care about.

One of the best ways to help people to buy into their goals is to very actively involve them in choosing their own goals, and the measures for those goals. More specifically, warm them up by first helping them explore what they value, as much as what is important to the organisation. The goals will then be clearly relevant to the work they take pride in. The measures will feel more like tools for them, and not rods for their backs.

For example, goals and measures about trainee satisfaction and learning would matter to a team of trainers who took pride in their delivery and the impact they have for their trainees.

Tactic #3: Help people understand why their goals matter beyond their role.

We all know we work as part of a larger system, and want to know what we do is valuable in that system. So linking personal goals to company or organisational success is worth taking the time.

It helps enormously to make visually obvious the cause-effect relationship between achieving our goals and the company achieving its goals. It creates a logical line of sight from team goals all the way through to the strategic direction or purpose of the organisation.

For example, by trainers achieving high levels of trainee satisfaction and learning, the company vision of being a world-class training provider becomes the truth and not just a motherhood.

Tactic #4: Allow people some sense of WIIFM from their team goals.

WIIFM: what’s in it for me? The WIIFM will be different for different people, but tapping into it will be the same as tapping into an endless supply of fuel to pursue the goals. But don’t think you can decide this for them!

Hold the space for the team members to find a meaningful WIIFM for themselves. You can’t avoid dialogue to do this. And you really shouldn’t avoid talking about the common, but demotivating, reasons why people believe they should have goals and measures. It’s then worth the time for people to talk about the meaning of the goals to each of them, and hear the meaning of the goals to others in the team.

For example, by achieving goals to do with trainee satisfaction and learning, a trainer has evidence of how good a trainer they are which is great for their career, and they get the intrinsic satisfaction of knowing they’ve helped others.

Tactic #5: Consistently remind people that their team’s goals are important.

But don’t just do a monthly rant about goals being important. Remind everyone in the team of how important the team goals are by celebrating progress toward the goals, inquiring about how progress is going, giving continual attention and energy to helping them achieve their goals.

For example, if a training team receives higher satisfaction ratings for three workshops in a row, celebrate with  congratulations, coffee and cupcakes. If progress has plateaued, brainstorm with the team for ideas to get moving again, like flowcharting and improving the design of the training process.

Humans are not assets.

Contrary to popular terminology, people are not the organisation’s or company’s greatest assets. People are the organisation or company. If we treat them like any other asset, however valuable, we miss out on the power that comes from their free will, engagement and passion in pursuing goals that simultaneously matter to them and to the organisation.

Goals aren’t achieved and measures aren’t improved on unless people commit to them. Why won’t they?
[tweet this]