3 Mistakes to Avoid if You Want Relevant KPIs

A relevant KPI measures direct evidence of your goal. It tells you the degree to which your goal is being achieved. But when you look closer, many KPIs fail to do this. It’s because of three mistakes in how we design those KPIs. 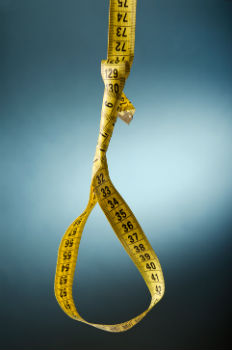 KPI design has to be deliberate. Great KPIs don’t come from a 10-minute brainstorm, or from an industry KPI report. Relevant KPIs are measures that objectively quantify direct evidence of a goal.

I see people making three common mistakes when they choose a KPI for a goal, that produce KPIs that aren’t relevant.

Mistake #1: Your KPIs are evidence of a solution.

This is why I think it’s so easy for people to come up with KPIs that measure actions or solutions to achieve a result, rather than the result itself.

Consider a goal of “Students are engaged in learning.” It’s
KPI of “Student attendance rate” isn’t direct evidence of how engaged students are in learning, only that they turn up to the place where learning should occur. Of course increasing attendance is part of the solution, because students can’t be engaged if they’re not there.

A better KPI for “Students are engaged in learning” would directly quantify how much engagement students had in their learning. This requires a definition of ‘engagement’ before it can be quantified. Perhaps it’s how much of a student’s participation is voluntary, or how long they can work for without external direction. But once it’s observable, it’s measurable.

Mistake #2: Your KPIs are evidence of a spin-off.

Some things in business are easy to measure because we’ve measured them for a long time and the data is almost automatically captured: costs, revenue, profit, staff turnover, workplace injuries.

Because of this ease, we too often default to these kinds of KPIs for our goals. The problem is, they are often measuring effects too far removed from the specific goal we want a KPI for.

A better KPI is one that directly measures the degree of employee engagement. And just like the example above, for student engagement, ‘engagement’ needs to be defined observably. When employees being engaged is observably described, it’s measurable.

Mistake #3: Your KPIs are not scoped specifically.

When we don’t have enough time (and time pressure is a very big constraint on the quality of our KPIs), our KPIs can be too generic.

This is a problem of scope definition. If the scope of a KPI is too broad or too narrow, the KPI is no longer direct evidence of the goal we want to achieve.

Many organisations that have a goal like “Improve customer satisfaction” use a KPI of “Average Customer Satisfaction”. But they’re collecting data from every customer, even those who haven’t been active for years.

A better KPI is one that directly measures the satisfaction from customers who have a current experience of the service or product. If the KPI is measured monthly, then its scope should be customers who used the product or service in that corresponding month.

Can your KPI change, but the goal not change?

The fundamental question to test if a KPI really does give direct evidence of a goal is this:

Can your KPI change independently of your goal?

It’s rare to find a KPI that is perfect evidence of a goal, so perfection isn’t our aim. We want our KPIs to be convincing evidence of our goals. Often, we need to try just a little bit harder to achieve this. Brainstorming KPIs is not nearly good enough. We need to use a deliberate measure design method.

Can you see any of these three mistakes in your organisation’s set of KPIs?