6 Reasons to Stop Measuring It

If you’re problem isn’t having too few performance measures, then most certainly it’s having too many. We don’t like to let go of our performance measures because we might just need them someday, and it took a lot of effort to get them in the first place. These aren’t good reasons for keeping them, and doing so will cause us more harm than good. 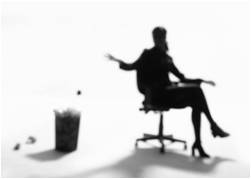 We do best when we have the fewest possible performance measures that help us make the progress we want toward our most valued goals. Too many measures make us confused and sluggish, overwhelmed and mediocre. Less is more.

You won’t get the fewest greatest performance measures until you declutter and create space to more clearly see what you truly need. You must be brave and ditch those desultory measures.

Use the following six reasons as something of a checklist to test if you should kill off a performance measure. I’d suggest that if even just one of these reasons applies, it’s really worth getting rid of that measure.

Many ditch-worthy measures are not really measures at all. Examples of non-measures include milestones, activities and vague phrases:

Get rid of any ‘measure’ that does not meet the definition of what a true performance measure is.

Reason #2: It doesn’t strongly link to anything strategic or mission-critical.

We measure to improve. While absolutely everything could potentially be improved, it’s ludicrous to do it. So we set priorities: goals for the things that are the most worthwhile to improve.

Performance measures should align with those things that are the most worthwhile to improve. If you’re measuring it just because it’s easy, because it’s always been measured, because it might be important one day, or because it’s ‘interesting’, then you can safely stop measuring it.

If you can’t mitigate the unwanted behaviours, you’re safer to kill off the measure and work with the team to establish better reasons to measure. Help them choose goals and measures they care about and can influence through process improvements.

Reason #4: It can’t give you unbiased and accurate enough evidence.

Some measures might be vitally important, but the data just might not be available to make the measure also trustworthy.

One manager wanted to measure the cost of the end-to-end supply chain in his organisation. The ideal data for this required that costs could be allocated to specific tasks through the supply chain. But their accounting system simply wasn’t set up to do this.

Reason #5: It’s measuring a result beyond your circle of influence.

Particularly for government and not-for-profit organisations, it’s easy to end up with measures you can’t do much to affect. That’s because the outcomes of these organisations tend to be about changing other people’s beliefs, attitudes and behaviours.

It’s more useful (and moralising) for the health organisation to measure something more directly resulting from their policies, messages and programs. For example, they could measure the reach of their messages, the reactions people have to those messages, and the changes in health of those people participating in their programs. These things are within their circle of influence.

Reason #6: There’s no ownership of it by the people who should use it.

You might think it’s the Best Performance Measure In The World, but if the people who should use it say ‘meh’, then think again.

I facilitated a group of people in a government transport authority to come up with some performance measures for the impact of projects on the condition of roads. Some members of the team were engineers, naturally. And one of them came up with a doozy of a performance measure that no-one else understood or wanted to use.

No ownership means the measure won’t be used. And having and using a good measure is better than having and ignoring a great one. Save the great measure in your measures dictionary so you don’t forget it, and so it’s at the ready when it’s time has come. But don’t waste effort implementing it.

Do you have other good reasons to kill off measures that are causing more harm than good?