People agree they should measure performance. But they just don’t get around to doing it. They say they don’t have time, don’t have money, don’t have support, have too much else to do. If things are going to change, we need a different approach to engaging people to measure what matters. 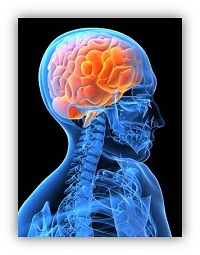 They don’t work because humans’ heads aren’t occupied by left brains only. We have right brains too. And when it comes to making real changes, the right brain – the emotional, imaginative, philosophical brain – seems to rule the roost.

What we need to get people into the habit of measuring performance routinely is to engage the right brain. Here’s an experiment you can try to do just that.

Firstly, you want to get several teams to play the game with you. Then take them through these four steps:

A baseline is a solid and tangible description of how things are now. We need to feel the pain – and be constantly reminded of that pain – as the motivation to make the change. For someone trying to lose weight, this might be a “before” photo in their underwear, and their “before” weight or waistline measurement.

Get your teams to set a baseline consisting of a photo of what current performance looks like, and their first measure value. A dog-grooming team wanting to increase the number of dogs they can groom in a week might simply count them, but also put a photo of each dog on a pin-board in weekly columns.

Step #2: Get the commitment to measure 5 times.

Don’t ask people to commit to measuring performance forever. Just ask them to commit to taking the first 5 measurements. The thing is, research has shown that after someone does something 5 times, they are dramatically more likely to continue doing it.

This means getting your teams to commit to measuring and plotting 5 consecutive values on a useful chart. They may also want to continue taking photos of performance, too. For a team measuring hours of rework, this might mean tallying up rework each week, for 5 weeks, and plotting the total hours on the chart. They may want to also take weekly photos of the pile of objects that required the rework.

Step #3: Make it a competition not to lose.

I know that losing sounds so negative, and competition can threaten collaboration and teamwork. But the truth is that humans are usually more motivated by the prospect of losing something, than by gaining. And the spirit of competition is about being playful rather than ruthless.

The winners of the competition could be the teams that show a real signal of improvement in their measure by a specific date, say in 6 or 8 weeks. The performance measure charts of each team should be publically displayed in a meeting room or hallway, to capitalise on loss as a motivator. (I don’t even like writing about loss being a motivator, but that’s what the evidence says…)

The size of the improvement signal in the measures doesn’t matter. It just needs to be a statistically real improvement. And your teams will more likely get a real improvement – even if just a small one – if they choose a quick and easy fix for a known cause of performance problems.

Just say your team is measuring their cycle time, and they know that seeking approval at 7 different points in the process is a significant proportion of that cycle time. A quick and easy fix might be to condense those approval points from 7 down to just 3 or 4.

After the time limit you set, whether it was 6 weeks or 8 weeks or whatever, ask your teams what impact they thought the game had. How do they feel about measurement now? How do they feel about their ability to make performance improve through their actions? Were there any unintended consequences? What role do they want measurement to take now? Do they want to do it again?

If you do try out this experiment, I’d love to hear about it. It would be great to know how often it works, how well it works, and the impact it has on people’s continuation of measuring performance. So just shoot me an email if you try it out, and at some point I’ll write about the results, the lessons and a refined approach.