Are You Doing Fundamental Performance Improvement, Or Are You Working Too Hard?

Improve performance by increasing fitness, not force, in producing the results you’re measuring and improving. 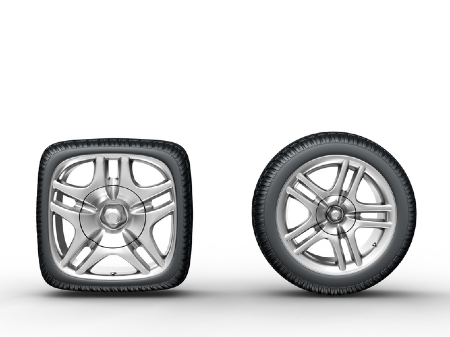 When you make a fundamental performance improvement, you make one change to boost the fitness of the system, and performance will take care of itself henceforth. Do not try to improve performance by force, where you have to keep trying hard to hit targets each month.

Evidence of fitness in PuMP is one action that resets the central line in a KPI’s XmR chart. But typically we see force, where a team has to give extra effort every month to push the measure values as high as possible.

Imagine a help desk team within the information services division in an organisation. Their manager copped an earful at the monthly management meeting about how long everyone throughout the organisation has to wait until their problems get solved by the help desk team. So the manager declares to the team to do whatever it takes to resolve problems faster. In fact, they are now given the target of resolving 95% of problems within 24 hours. That should motivate them, thinks the manager.

What do they do? How do they improve performance to hit that target? At first, they feed off motivation and just work faster for a while. When the motivation wears off, they work into their breaks and after hours. When they can’t add any more work hours, they start to cut corners, and ‘forget’ to capture the harder problems in the help desk system, or close off unsolved problems if the 24 hour window won’t be met.

This is not fundamental performance improvement. This is compensating for a business process that is incapable of delivering the level of performance asked of it.

Now imagine, instead, that the manager sat down with the help desk team and flowcharted the problem resolution process with them, capturing the way it actually truly honestly happens. And imagine that the team looked at that as-is flowchart and talked about where it’s weak. Perhaps they see that there is no step where they can share fixes and solutions with each other. Or perhaps they see for the first time just how much red tape there is in resolving any but the easiest of problems. Perhaps they discover they are each using different problem diagnostic techniques.

Imagine that they decide to redesign their problem resolution process, to share fixes and solutions with each other, to remove red tape and to standardise on the best diagnostic technique. And that almost immediately they see they are resolving problems faster and catching up on the unresolved backlog. They’re not working any harder, in fact it feels easier. Their resolution accuracy is better. Their customers stop complaining.

This is a fundamental performance improvement: a change made once, which, from that point forward, elevates performance without any further effort. It’s also known as “work
smarter, not harder” and ” sharpen the saw”. And in systems thinking, that’s called leverage:

The bottom line of systems thinking is leverage – seeing where actions and changes in structures can lead to significant, enduring improvements. Often, leverage follows the principle of economy of means: where the best results come not from large-scale efforts but from small well-focused actions. Our nonsystemic ways of thinking are so damaging specifically because they consistently lead us to low-leverage changes: we focus on symptoms where the stress is greatest. We repair or ameliorate the symptoms. But such efforts only make matters better in the short run, at best, and worse in the long run. – Peter M. Senge, “The Fifth Discipline“

The only thing that stops most people, in my observations, from making fundamental performance improvements, is excuses like being too busy.

This is a fundamental performance improvement: a change made once, which, from that point forward, elevates performance without any further effort. [tweet this]

Why Does Every Public, For-Profit and Non-Profit Organisation Need KPIs?
10 Bad Assumptions About OKRs Versus KPIs
Can One KPI Monitor More Than One Goal?