Are Your Strategic Initiatives High-Leverage or Ordinary?

A high-leverage strategic change initiative promises so much more than an ordinary one. But what exactly defines high-leverage? 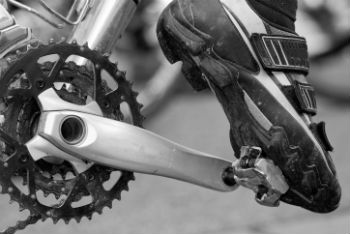 The cranks on a bicycle. A golf club in our hands. A beer bottle opener. The see-saw in a children’s playground. A spanner or wrench. All these examples of leverage, most of which we take for granted.

Ancient Greek mathematician Archimedes had a principle for it: with a lever long enough, and fulcrum on which to place it, one could move the world. So, as accustomed as we are with the ease that it gives to our everyday lives, leverage is a big idea.

We talk about leverage in business. We want high-leverage investments and high-leverage strategic initiatives. In fact, in the Evidence-Based Leadership framework (from Prove It!), one of the mindsets is ‘leverage, not force.’

To improve performance, to increase the capability of our business processes to sustain a higher level of excellence, requires leverage. If an improvement can only be sustained by continually putting in more effort (force), it’s not high-leverage.

Think.org says this about leverage points in organisational systems (and I like it):

This speaks to the idea of return on investment. A high-leverage solution will have a high ROI. But I don’t think it’s a complete definition for high-leverage. Each time I find myself trying to discern high-leverage from ordinary, I keep coming back to four defining characteristics of high-leverage, when it comes to strategic change initiatives:

1) An initiative is high-leverage if it has a hefty ROI.

This means that it improves the targeted area of performance with an impressive return on investment. For a change initiative, I think ‘high’ is something like 10 times or more.

I’ve seen some change initiatives return as high as 40 and 80 times the value invested in them. The big returns often happen with the low-hanging fruit, like removing bureaucracy and wasted time from core business processes.

2) An initiative is high-leverage if it’s a one-time investment, not an ongoing cost.

It means that improvement – or the ‘change force’ – consists of an investment in change made once, which has lasting effects that don’t need further investment to sustain them.

If you need to hire more people (and continue to pay them, and develop them, and replace them when they move on) in order to solve a workload problem, it’s not a leveraged solution. The ‘change force’ has to be continually paid for. But if you removed unnecessary steps in the process and automated the mundane ones, making this change once will reap rewards from that point forward.

3) An initiative is high-leverage if it also produces spin-off benefits.

When a change initiative really homes in on a root problem in an organisation, very often it’s a problem that affects several other areas of performance. Consequently, when that change initiative is implemented, its returns go beyond the improvement in its targeted measure.

A rail system needed more capacity to meet the growing demand of its clients. They traditionally would have invested in more rollingstock. But instead they redesigned the way they used existing rollingstock, removing the waste that tradition had embedded over time.

4) An initiative is high-leverage if it is low-risk.

“If you wish to make an apple pie from scratch, you must first invent the universe.”

To me, this means that everything is connected to everything. That can be a paralysing thought, if we ponder it for too long. But a practical takeaway is that any change we make is going to have a ripple effect.

The thing about high-leverage changes is that the ripples rarely produce unintended consequences or negative outcomes we didn’t plan and don’t want. (And thusly, if a change initiative does have a negative consequence, then the cost of that must be deducted from the ROI equation.)

With a little bit more thinking at the start, we can find strategic change initiatives that don’t cost much more (often costing less), but produce fantastic returns. High-leverage improvement is hallmark of the high-performance organisation.

If an improvement can only be sustained by continually putting in more effort (force), it’s not high-leverage.
[tweet this]

What defining characteristics, in your opinion, discern high-leverage strategic change initiatives from the ordinary?