Our organisational culture has so strongly tied KPIs to employee performance that, despite no proof it works and overwhelming proof that it doesn’t work, few are willing to stop using KPIs in performance appraisals. 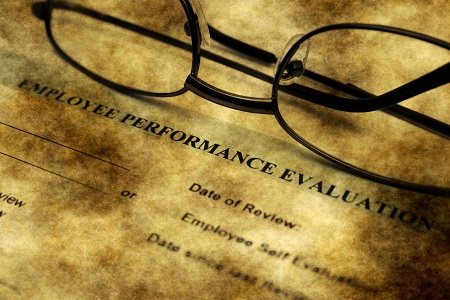 Here, when I say KPI, I mean performance measures that monitor how well people are performing in their roles. In performance appraisals, these KPIs or measures are used by managers to help determine if a staff member is up to scratch, deserving of a reward (financial or non) or in need of being “performance managed” (or fired).

The problems with using KPIs or measures in performance appraisals are usually the same for the majority of organisations. It encourages people to:

You’ve seen this happen, haven’t you?

Employee performance appraisals that use KPIs have ignored human nature.

At the root of those problems listed above, is human nature. Particularly our self-esteem, feeling valued and accepted by others, feeling a part of something bigger than ourselves, wanting to make a real difference in the world. But when we use measures to evaluate and judge each other’s performance, we push against these basic human needs.

When people have KPIs to hit, everyone ignores collaboration.

You don’t need to measure people against each other. You don’t need to know who is the best performer or the worst. You don’t need to worry about the very few poor performers. You’ll give organisational performance the biggest boost if you turn your attentions to giving everyone the best opportunities to work together to make a valuable difference. Everything else is subordinate to that.

The solution is not better KPIs for performance appraisals.

So what can we do instead?

As the self-titled Performance Measure Specialist, you can guess I’m not suggesting that we don’t need KPIs or performance measures. It’s how we use them in relation to performance appraisal that needs to change.

And if I have failed to shift your opinions about using KPIs in performance appraisals, and you feel certain that it’s working well in your organisation, I implore you to take a closer look.

TAKE ACTION:
Is your performance appraisal system the elephant in the room, taking up a LOT of space, doing more damage than good, and is so obvious that it’s easy to ignore? Take a closer look and see if you can’t find a way for performance measures to be used more meaningfully in managing people’s performance – as tools to give them the best chance to perform well, not as a means to judge their performance.