Managers Who Use KPIs For Evil, Not Good

There are still managers around who think that the way to make performance improve is to hit people over the head with KPIs or performance measures. We know they’re doing far more harm than good, but what can we do to stop them? 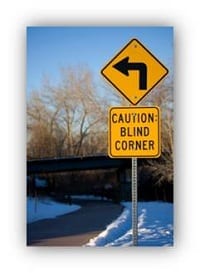 It’s a very paternalistic approach to management, to “performance manage” people by holding them to account with KPIs.

Usually those KPIs are not within the complete control of the individuals they measure, and it leads to two negative consequences: people will either fudge the figures or scam the system. And this is exactly the opposite of what we want, which is to improve performance.

It certainly is a tough one, because trying to make a big-KPI-stick-weilding manager do a 180 degree turn-around is no small task. We have to aim our bullets right at the heart of the problem: their deep-seated beliefs about how organisations and businesses change.

You might like to have a crack at several of the following ways to turn around your big-KPI-stick-weilding managers:

Gently start a conversation that will help the manager appreciate the way measures drive behaviour. Ask him how he will respond when a person’s measure shows an unacceptable result. Then ask how he believes the person will feel about his response. And then ask what he expects the “performance-managed” person realistically to do. Have several examples of how people have distorted the data or distorted the process in order to make the numbers look good, rather than to find and fix performance constraints.

Tip #2: Challenge their belief that the whole is equal to the sum of the parts.

Many big-KPI-stick-weilding managers believe that when people individually perform better, the whole organisation will perform better. They believe that the whole is the sum of the parts. But the truth is that the whole is more than the sum of the parts: it’s the interaction among the parts. You can illustrate this with examples of how competition between employees has caused problems with the end outcome (usually felt by the customer).

What the manager wants and what “performance-managed” people actually do are usually two very different things. Suggest to the manager the alternative of a team-based approach to using measures to drive performance improvement. Have at the ready a couple of ideas of how your team could work collaboratively to measure an important outcome and its drivers, and acheive a target together.

Tip #4: Use case studies to show them how performance measures work best.

Sometimes all it takes is to show a manager how others have succeeded using a different approach. Your big-KPI-stick-weilding manager might only know this one way of managing performance. She’s probably spent her whole career being treated the same way. Show her some alternatives, and she might just get curious about giving something different a try. You can find a few case studies in the Measure Up podcast series.

Tip #5: Check if their motivation is it to manage people or to improve company performance.

Focusing too much on individual performance means losing sight of what really drives company performance. So share with your manager the idea of holding people accountable for using measures, not for the actual measures themselves. This will encourage people to monitor the team-based performance measures they own, interpret them for signals, and initiate action to improve performance when action is needed. Much better than holding them accountable for things outside their control.

Tip #6: Seek a higher influence to guide the manager.

If the manager is not amenable to any of the above ideas, then you need to call the cavalry. Go to a more senior manager to ask for advice, and possibly some assistance, to influence your big-KPI-stick-weilding manager. Sometimes they just need to hear it from the right person.

It’s too hard to do measurement without harm when you have a leader who is a micro-manager and fundamentally believes that performance only improves when people work harder. If you’ve tried everything and still can’t make any ground, the cold and hard truth is probably that the time just isn’t right. You’ll have to wait until the manager moves on, or has a performance management epiphany.

TAKE ACTION: If you have this problem of the big-KPI-stick-weilding manager, summon up the courage and try at least one of the ideas for broadening their awareness and challenging their current mindset. If you do it with a spirit of honest willingness to help the manager achieve their goals, you might be surprised how much influence you can actually have.