Not Enough Staff Is NOT A Reason for Falling Short of Targets!

When people resist performance targets for their measures, the most common reason is, “Yeah, but we don’t have enough staff to make that happen!” 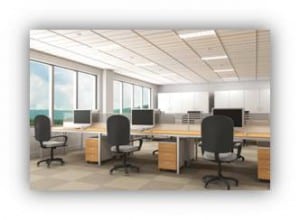 What they are really saying is this:

“The number of staff we have is the only driver of how well we perform our work.”

They don’t know they’re saying this. It’s a conditioned response that comes from the way things have always been done in their department or organisation or business. And this is that attention is given to working harder IN the business, rather than working smarter ON the business.

I recall the snide comments I’d get from colleagues back in my corporate days (the mid 1990’s), when I wasn’t sitting at my desk, bashing away at my computer. They equated “hours at the desk” directly with how much work I was doing. They never asked what I was doing at my desk or when I wasn’t at my desk, nor did they ever ask about what outcomes I was working to create for the organisation.

That’s the risk of too strong a focus on working IN the business. We stay busy, and stay busy doing things that we rarely take time out to question, “Is this the best thing for us to be doing to reach our treasured goals?”

Working ON the business means asking that question with regularity. And it means changing our work processes to get better results. You don’t work harder to stop rework or waste or poor service. You change the way you work.

And you don’t throw more staff at the job, if you want performance to improve. That’s the same as just working harder at doing the same things.

Yes, there are times when some changes or improvements can’t be made without more staff, particularly increases in workload that are large and happen rapidly. For example, the growth of demand from customers as a result of a wildly successful marketing campaign that was undertaken without involving the delivery arm of the organisation; or sudden doubling of projects resulting from a merger or acquisition of departments. Sometimes you do need more staff, but these are extenuating circumstances, or special and rare causes.

But most of the powerful and excitingly successful performance improvements happen when you analyse the processes of the business, and change them.

It often means you have to challenge traditional thinking, and commonly held beliefs about what is true. A manager I worked with back in my corporate days understood this. He managed a process that involved moving freight trains filled with sugar from a mill to the port, for export. And when sugar production suddenly ramped up, causing the mill’s silos to fill faster than the trains could take the sugar away, this manager faced two choices.

He could have done the traditional railway thing and spent many millions of dollars increasing the rollingstock fleet size and operational staff. But he didn’t. And while he had to fight for his simpler and cheaper solution, it turned out to be vastly more successful.

He flowcharted, measured and analysed the process of moving sugar from the mill to the port. And he discovered that by making the trains shorter and running them continuously through the system, not only would the sugar move more quickly and prevent the silos from filling up, but he also saved money because short trains meant that there was almost no shunting required to create trains long enough to meet the estimated daily sugar production. It was a radically successful solution. Without more staff, and without more resources.

This is the thinking we need to model and invite people to participate in, to fundamentally improve performance in our organisations and businesses. And it’s based on a very simple approach:

Albert Einstein said that we can’t solve a problem with the same level of thinking that created the problem. Process thinking helps us step up above the problem, and look at how the problem is being caused. With this bird’s eye view, seeing the end-to-end picture, we also see choices and opportunities we wouldn’t otherwise ever be able to see… or exploit.

Next time a colleague pulls out the “we don’t have enough staff or resources” excuse, tell them the sugar train story and suggest a little experiment to flowchart, analyse and change the way work is being done, rather than wishing for more resources that simply won’t come.