The Three Human Conditions for KPI Targets to Work

Achieving a KPI target depends much less on setting the right target value than it does on the human conditions required for any target to work. 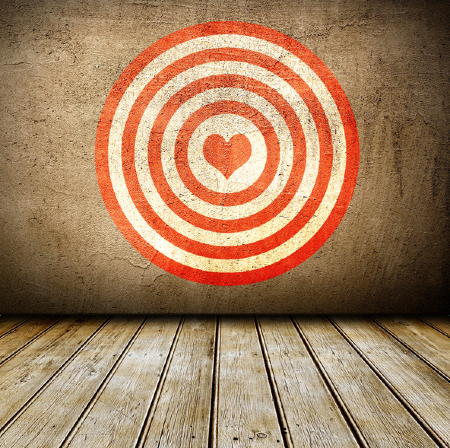 Pursuing and achieving KPI targets is much more a human endeavour than it is a technical one (more on that, here). People need to feel motivated, and that motivation isn’t something we can force or direct.

In their book How Learning Works, authors Ambrose, Bridges, DiPietro, Lovett and Norman describe an elegant model of the factors that contribute most to a student’s motivation to learn. These factors are environment, value, and self-efficacy.

This motivation model lends itself, with some tweaking, to help us create the much-needed motivation for pursuing KPI targets.

Shaun had a problem that most organisations have with KPI targets:

“Our organisation has implemented KPI’s across multiple teams. In some cases certain KPI’s are not being met against the targets agreed and set with the relevant stakeholders. In our fortnightly strategic meeting with these stakeholders, I try and get them to increase their performance relating to their KPI. We have been going around in circles now for the last few months and it feels like they are expecting me to find all the answers and solutions to why their targets are not being met. They are pretty much mute in the meetings and I am spending vast amounts of time trying to get them engaged. I am thinking the KPIs themselves may need to be scrapped and we start again, however it took them a lot of time to get the current ones across the line, which is worrying in itself.”

Shaun doesn’t necessarily have to start from scratch. But things won’t get better until he makes sure that certain conditions are created, human conditions that are essential for the stakeholders to take KPI targets seriously.

There are three of these conditions, which impact a team’s motivation for pursuing KPI targets:

Without these, KPI targets will do more damage than good.

The condition of Support is about how visibly and actively and regularly the team’s leaders provide what the team needs to pursue their KPI target. These needs might include inspiration, encouragement, permission or authority, money, access to help, space and time, or even thanks.

Possibly one of the best styles of leadership that supports teams to reach meaningful performance targets is servant leadership:

“While traditional leadership generally involves the accumulation and exercise of power by one at the ‘top of the pyramid,’ servant leadership is different. The servant-leader shares power, puts the needs of others first and helps people develop and perform as highly as possible.” — Robert K. Greenleaf

In a practical sense, a team can evaluate the level of support they need to achieve a KPI target, then negotiate with their leader or manager to get that support. Some of the most important types of support to negotiate clearly are:

And buy-in can also be inspired when the team can see the bigger picture within which the KPI target plays a role:

“Sometimes just talking numbers isn’t enough, especially when the world seems so strange and difficult. Try communicating with vivid and specific language to describe what the world feels or looks like after the target is accomplished. Lead with ‘Why’ we need to change and how it will help us all in the future.” — Louise Watson

The most powerful, simple, and self-sustaining way to develop the buy-in a team has for their KPI target is to involve them in these steps:

The condition of Belief is about how much the team perceives they have the ability to reach their KPI target. The strength of this belief is affected by several things, such as their skill in the task of performance improvement, their knowledge of the causes that constrain current performance, and their control or influence over the business process or system that needs improving.

Belief in a KPI target isn’t a touchy-feely thing; it’s a very practical pre-requisite to the motivation to pursue said target:

Sometimes we need to deliberately develop employees to increase their belief in their ability to make successful changes. But sometimes all that’s needed is to reframe the quest to achieve a KPI target as a learning journey, not a judgment:

Do we need all 3 conditions, for every type of KPI target?

The short answer is no, we don’t always need all three conditions of support, buy-in and belief. But it does influence the type of KPI target we can succeed with.

When to set stretch targets.

A stretch target is a big-step improvement, that usually can only be achieved through innovation or a radical process redesign. This requires a lot of buy-in from team members, and a very high understanding of their business process. Because the effort it will take to reach a stretch target is unknowable in advance, it also requires a high level of support from leaders.

Only set stretch targets when all three conditions – support, buy-in and belief – are high.

When to set achievable targets.

An achievable target is one that can be achieved with a predictable amount of effort. This predictability comes from the team having a high belief in their ability to make an improvement. And their high belief likely comes from having made improvements in the past. But to make the improvement happen, they need just a bit more than belief; they need either the support from leaders, or a high sense of ownership (buy-in) for the result.

Set only achievable targets when you have high belief, and you also have either high support or high buy-in.

When to avoid targets altogether.

Avoid targets altogether when two of the three conditions are low.

Performance targets for our performance measures or KPIs are important if we take improvement seriously. But for KPI targets to work, we have to take the human side even more seriously, first.

The more support for, buy-in to, and belief in their KPI target that a team has, the more success they will have achieving it.
[tweet this]