The Three Human Conditions for KPI Targets to Work

In our search for how to choose meaningful targets for our KPIs and performance measures, we often look for a procedure or a formula to set the right KPI target value. But what we ought to do before that, is check if the conditions are right for any KPI target to work. 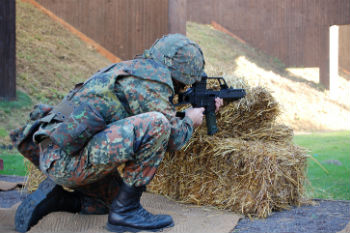 In their book How Learning Works, authors Ambrose, Bridges, DiPietro, Lovett and Norman describe an elegant model of the factors that contribute most to a student’s motivation to learn. These factors are environment, value, and self-efficacy.

This motivation model lends itself, with some tweaking, to something else that we always battle to create motivation for: pursuing KPI targets.

Three conditions impact a team’s appetite for KPI targets: support, buy-in and belief. Get them wrong, and targets will do more damage than good.

The condition of Support is about how visibly and actively and regularly the team’s leaders provide what the team needs to pursue the target. These needs might include inspiration, encouragement, permission or authority, money, access to help, space and time.

When to set stretch targets.

A stretch target is a big-step improvement, that usually can only be achieved through innovation or a radical process redesign. This requires a lot of buy-in from team members, and a very high understanding of their business process. Because the effort it will take to reach a stretch target is unknowable in advance, it also requires a high level of support from leaders.

Only set stretch targets when all three conditions – support, buy-in and belief – are high.

When to set achievable targets.

An achievable target is one that can be achieved with a predictable amount of effort. This predictability comes from the team having a high belief in their ability to make an improvement. And their high belief likely comes from having made improvements in the past. But to make the improvement happen, they need just a bit more than belief; they need either the support from leaders, or a high sense of ownership (buy-in) for the result.

Set only achievable targets when you have high belief, and you also have either high support or high buy-in.

When to avoid targets altogether.

Avoid targets altogether when two of the three conditions are low.