When KPIs Drive the Wrong Result

When we use KPIs, their impact goes beyond our intention of monitoring our goals and reaching targets. Measures influence people’s behaviour and the results of other measures. These influences can be unexpected and undesirable, so we must either mitigate them or choose another measure. 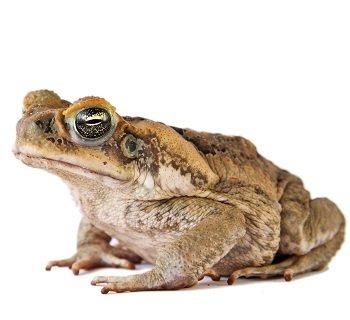 In Queensland, where I live, we have cane toads. They were introduced to kill sugar cane beetles. But rather than curtailing the cane beetle damage, they headed off on a wildlife-killing rampage with their poison-producing glands at the back of their heads. It’s an Australian horror story. (I might be dramatising this a tad.)

Every organisation has its KPI horror stories.

Some are true, some are false, and some are… well, who really knows? One story I recall from my days working in the rail sector is a perfect illustration of a KPI driving the wrong result. The KPI was the percentage of trains on time, and the unintended consequence was the cancellation of train services that were running “too” late.

The cancellation of the trains furthest behind schedule kept the on-time running KPI looking okay. But at a cost. Customers are much more unhappy if their ride home is cancelled, than if it’s late. That’s ironic, because on-time running was measured for the outcome of making customers happier. But it was driving the result in the wrong direction.

KPIs drive the wrong result because we didn’t think it through.

When we design a KPI, it’s vitally important to think through the possible unintended consequences of measuring it. If we don’t, we run the risk of the KPI causing more harm than good.

In the PuMP Measure Design technique, thinking through the unintended consequences of a potential measure is a deliberate step before we choose the ultimate measure for our goal. We essentially scan for ways in which the measure could be a real problem:

It’s not always all bad.

Not all unintended consequences are drawbacks, like those above. Some are benefits. Like finding that a measure has unexpected leverage to improve several other business results. Or that it has predictive power that makes it a powerful lead indicator for a higher-level business result. Or that it drives more of the behaviour we need or want.

It doesn’t necessarily mean the KPI must die.

Checking for the unintended consequences of a measure gives us the opportunity to do something before it’s too late. We could decide not to measure it, but only as a last resort, if none of these mitigation methods will work:

When the risks of a measure are quite severe, you may also want to give the measure a trial period. You’d be wise to monitor the unintended consequences to find out how bad they really are, and how realistically you can mitigate them.

Choose a KPI you don’t feel confident is driving the outcome you want. Use the framework above to scan for possible unintended consequences. Where you can, gather some evidence to test their prevalence.