When to Make Your KPI a Count, a Percentage, or an Average

It’s easy to default to the first quantification method that comes to mind when we’re designing a measure. But the default isn’t always the best choice. Here are some considerations to make a more deliberate decision about whether a measure should be a count, a percentage, or an average.

Consideration 1: existence versus rate of occurrence 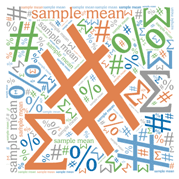 For some goals, we’re interested in straight-out counts because it’s the existence of something that is important to improve, rather than its rate of occurrence. We simply want more of the stuff, or less of it.

Number of lost-time injuries. This measure counts the existence of injuries, and not the rate of occurrence of injuries in a population (like a workforce). It does this because we’re interested in ending lost-time injuries altogether, irrespective of how the injury rate might be changing relative to the opportunity for injury to occur (this might also be measured, but it measures a different result). Here, we simply want less and less injuries to exist. We don’t like the idea that growing our workforce consequently means more people will be injured.

Revenue. This measure is a simple count of dollars from sales, and it is meaningful just on its own. We’d measure this when we’re interested in seeing the overall revenue grow, irrespective of rate at which revenue might be generated from the number of sales or number of customers (these might also be measured, but they measure different results). Here, we simply want more and more revenue to exist.

For some goals, it’s more useful to know the rate of occurrence to really understand if change is happening. A simple count would mislead us to the wrong conclusion about trends, so we need to normalise the measure.

Percentage of work hours spent doing rework. If getting things done right the first time is our goal, then this measure helps us quantify how often that doesn’t happen. We need, though, to compare the rework hours to the total work hours and not just track rework as a simple count. We don’t want to be jipped into thinking that we’re better at getting things done right the first time, just because total rework hours are reducing – it could be simply that we’re working less hours.

Actual budget spend as a percentage of planned budget spend. We’d measure this if we wanted to gauge how consistently we spend our budget, and reduce the peaks and troughs. How much budget we are allocated each year will vary, so tracking just the dollars that are over- or under-spent is misleading – a bigger budget naturally means bigger overs and unders. We need to normalise the amount we spend relative to the amount we have to make apples-with-apples comparisons over time.

Consideration 3: degree of sensitivity to change

Average delivery cycle time. If we measure just the percentage of deliveries on-time, we have no clue how late the late deliveries are. The average cycle time of deliveries helps us see if, as time goes by, we are managing to deliver faster.

Average customer rating of overall satisfaction. This is superior to the percentage of customers that are satisfied, because it’s a more sensitive measure of change over time. Imagine if customers are starting to rate 6 or 7 out of 10 instead of 8 or 9 out of 10. The percentage would still class them as satisfied, but the average tells us more: satisfaction is starting to decline.