The Futility of Fixating on Outliers in Performance Measures 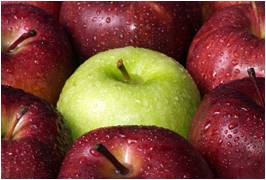 Some people unsubscribe because they don’t like that I’m vegan, or they think my joking is tactless, or they don’t like my passion for muscle cars, or they don’t want any information from me that isn’t free. If I think about these people and their comments when they unsubscribe, I can feel a little bit hurt. And then I doubt myself and wonder if I am wrong, and if I should change in order to prevent any spikes in Measure Up Unsubscribe Rate.

But that would mean trying to please all the people all the time. It would mean not being who I truly am, not accepting my lack of perfection, and striving for unrealistic expectations of just how much control I have over the people who are hovering their mouse over the unsubscribe link in each email.

If they want to unsubscribe simply because I get a kick out of watching Killa B doing a burnout, or feel uncomfortable with the idea that I don’t eat animals, then how much do they really want to learn about performance measurement?

In reality, these people are outliers, lying outside the group of people I can honestly help.

To them, my personality quirks are outliers, lying outside their expectations of who I should be before they could respect what I have to say about performance measurement.

To both of us, this focus on outliers isn’t useful or helpful in pursuing the results we each want.

And it’s the same story for any performance result we’re measuring: we waste time, effort and emotional energy when we fixate on outliers, because essentially we can’t do much about them.

Focus on what you can do something about, and even though the outliers might continue once in a while, overall performance will continue to get better.

Where are you fixating on single points of data that fail to hit your expectations? Broaden your view of your performance measure, looking at more historic data, and focus more on the overall level of performance. It’s this overall level you have influence over, despite the outliers, and it’s exercising this influence that will elevate performance overall.

You Can Only Meaningfully Measure a Goal You Understand
Why Does Every Public, For-Profit and Non-Profit Organisation Need KPIs?
10 Bad Assumptions About OKRs Versus KPIs