What Is Evidence-Based Leadership?

“Business decisions, as many of our colleagues in business and your own experience can attest, are frequently based on hope or fear, what others seem to be doing, what senior leaders have done and believe has worked in the past, and their dearly held ideologies – in short, on lots of things other than the facts… If doctors practiced medicine the way many companies practice management, there would be far more sick and dead patients, and many more doctors would be in jail.”

This is what authors Jeffrey Pfeffer and Robert I. Sutton say in their landmark book, Hard Facts, Dangerous Half-truths and Total Nonsense. 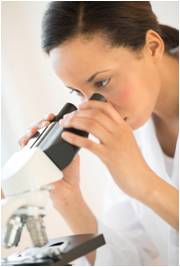 For example, in the early 1970s, Iain Chalmers, who would become one of the leaders of the evidence-based medicine movement, researched perinatal epidemiology. He searched for evidence that would support the rising rate of interventions in pregnancy and childbirth. And he found none. So over the coming decades, more doctors joined the evidence-based medicine movement. Not everyone supported it, particularly “middle-level guys who were used to making pronouncements”, in the words of David Sackett, dubbed the father of evidence-based medicine [1]. But it quickly became popular, with the growing support of doctors who were more focused on learning and improving, and of nurses not too long afterwards.

“Evidence-based management proceeds from the premise that using better, deeper logic and employing facts to the extent possible permits leaders to do their jobs better. Evidence-based management is based on the belief that facing the hard facts about what works and what doesn’t, understanding the dangerous half-truths that constitute so much conventional wisdom about management, and rejecting the total nonsense that too often passes for sound advice will help organizations perform better.”

The Centre for Evidence-Based Management (CEBMa) take this definition of evidence-based management further, with a very comprehensive definition of this term [2]:

“Evidence-based practice is about making decisions through conscientious, explicit and judicious use of the best available evidence from multiple sources by:

Asking: translating a practical issue or problem into an answerable question

Acquiring: systematically searching for and retrieving the evidence

Appraising: critically judging the trustworthiness and relevance of the evidence

Aggregating: weighing and pulling together the evidence

Applying: incorporating the evidence in the decision-making process

Assessing: evaluating the outcome of the decision taken

to increase the likelihood of a favorable outcome.”

We practice evidence-based management to increase the likelihood of favourable outcomes from the organisation we’re managing. Performing better is what all leaders want from their organisations. It makes so much sense that if we want something to be better, we should also want to find the way that will work, that will lead to the favourable outcome we seek.

Evidence-based leadership is the application of evidence-based management at the most strategic level in an organisation. It has to be practised by all of the senior leadership team, including the CEO and board members. It it isn’t, then evidence-based management at lower levels won’t be enough to improve or prove the success of an organisation in fulfilling its mission and reaching its vision. It won’t happen quickly enough or comprehensively enough without the organisation’s most senior leaders practising it and holding the space for everyone else to practice it too.

What do you think gets in the way of evidence-based leadership being successfully practiced in organisations today?