Why Leaders are Scared of KPIs 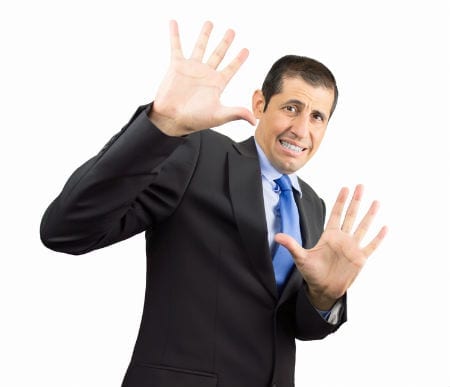 The most visible leader in almost any country is the country’s political leader. We want such leaders to make a real difference, a positive difference, to the quality of life we enjoy in our country. But what do those leaders care about? How would they measure their impact?

In Australia, Prime Minister Malcolm Turnbull was interviewed by Leigh Sales of the 7:30 Report program, following his re-election for another term. She was attempting to nail down some of the results that the Prime Minister’s government would achieve over this upcoming term.

Sales: “You mentioned those KPIs, as you put it, that you set for yourself. What are the other ones, and what should the public judge you against?”

Turnbull: “Well the public should judge us against the delivery of the commitments that we have made. And in particular, where I’m very focused as you know, on the big investment decisions and plans that we have. We have our commitment to Western Sydney Airport, for example. Our commitment above all, in terms of dollars, to the Defence Industry Investment Plan…” [He continued to elaborate a little on this project.]

Sales: “And to measure if you’re delivering on that… should it be measured purely against the figures on job creation and unemployment and the figures on economic growth?”

Leigh Sales was asking the leader of Australia’s government about the results or impact the public could expect from his term in government. And his response was that his term in government will be successful if they implement projects as promised. This is a rather typical response from many political leaders about how they define success: that promises (which means projects) will be implemented.

We want impact, they measure activity.

The results we want from our government aren’t that they invest taxpayers’ money on projects. It’s that through this investment in these projects our way of life is better. But to measure how much better specific aspects of our way of life is risky in a political environment. Anything less than a perfect result is attacked by the opposition and attacked by vocal community groups, and these attacks distract, slow down and sabotage the progress altogether.

But they say they want to measure impact…

Ironically, Australia’s commonwealth agencies are supposed to meet the Public Governance, Performance and Accountability (PGPA) Act, which calls for them to meaningfully measure the outcomes of their agencies and thereby demonstrate the return that they create on taxpayers’ money. And this is a struggle for so many of those agencies, with so few of them publishing any well-designed measures of impact or return on investment, and so many of them continuing to focus on action-level indicators as evidence of success.

The dynamic is that transparency about results and impact exposes leaders to scrutiny and attack when those results are less than perfect, and again, this attack gets in their way of making progress. So it’s safer for leaders to use action measures as evidence of success. It’s safer, but it’s not useful because it shuts down our ability to learn whether our chosen actions are working or not, and how we can improve the return on investment our strategies are trying to create. It’s a huge challenge in the public sector world-wide, but the private and non-profit sectors are not immune to this either.

Being an evidence-based leader is a double-edged sword.

Evidence becomes both a tool in our hand and a rod for our back. It is how we learn about the true performance of our organisation, so we can manage it, and how others might judge us for that performance. This culture has to change, or our organisations will continue to stifle learning, and will fail to speed up the closing of performance gaps. The price for informed decision-making is transparency and accountability. And while ever we judge our leaders for less than perfect organisational performance, that’s a price that will be too high for many leaders.

What can we do to make it easier (less risky) for our organisational leaders to measure the true impact of their organisation’s strategy? How can we make it safe for leaders to learn?