How PuMP Helps Beyond Measurement 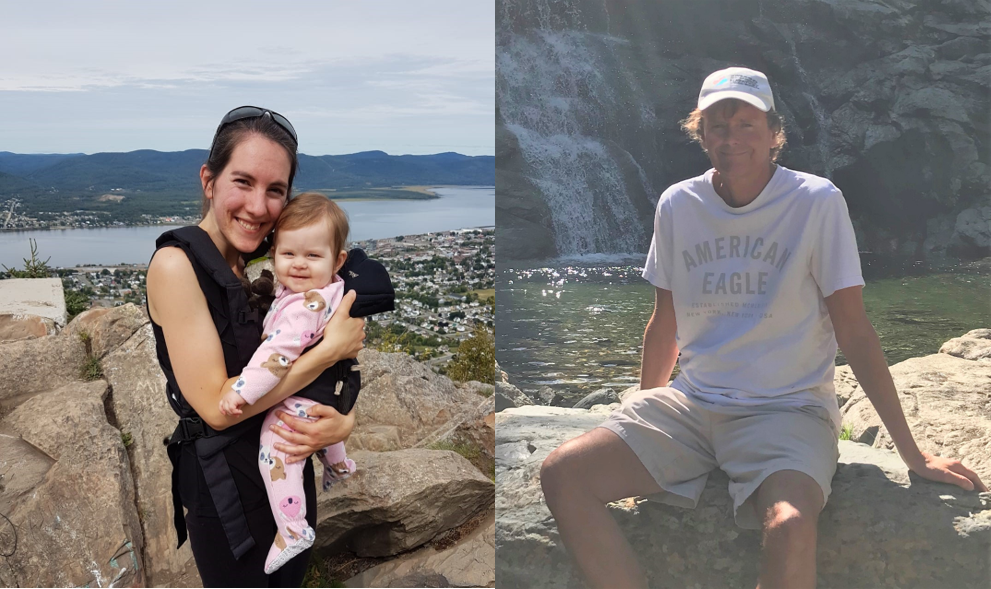 On a regular basis I hear from people all around the world about how they are using PuMP to improve their organisation’s performance measures. Everyone has something unique to share, about what they’ve accomplished, experimented with, or discovered. And the Government of New Brunswick is another PuMP organisation we get to learn from.

New Brunswick is a small province on the Atlantic coast of Canada, with population of 770,000. Both French and English are the official languages. Shannon Sanford and Janet Norman are two people using PuMP in New Brunswick’s provincial order of government, and specifically in the Department of Transportation and Infrastructure.

Shannon Sanford is the Director of Policy. He has over 25 years’ experience working in public policy for the Government of New Brunswick. Shannon is a self-described life-long learner and prides himself on creating a working environment where staff can see the value of their work, and are inspired to be creative and innovative.

Shannon’s colleague is Janet Norman, the Senior Policy Advisor. She has a love for research and helping others, the perfect blend that led her to a career in policy. Janet’s many travels have given her an appreciation for different perspectives and inspires her to think outside the box. This lends itself to her policy work, especially now, as she adds performance measurement to her list of responsibilities.

Both Shannon and Janet have been very successful in improving performance measurement with teams, using PuMP (and you can learn more about this by following the link to the full interview, at the bottom of this article). But what’s really interesting is how they have discovered the impact of PuMP beyond performance measurement.

#1 Weasel words are everywhere, not just in our goals.

In PuMP, weasel words aren’t tolerated. They are the biggest obstacle to finding good KPIs or performance measures. That’s because they are ambiguous. As Shannon points out, ambiguity gets in the way of more than just good measures in our work:

“I thought about how much of our writing contains weasel words. Those words that sound nice, but have more than one meaning… When we started to look at some of the work we do in our branch, like our different reports, even our mission statement, our correspondence and other documents, we realized how often we use these weasel words. We’re much more conscious about using words that have a common meaning.”

#2 Learn from a variety of measurement experts.

Practical Performance Measurement, my first book, references quite a few experts that I have learned from and been inspired by, such as Dean Spitzer, Stephen Few, and Donald Wheeler. I love it when my clients get even more inspiration from these experts too:

“One lesson we took from Spitzer is the importance of establishing feedback loops. Actually, one of the stories that we tell in our presentation on PuMP, around feedback, relates to a game we probably all played when we were younger. When you were playing with a group of friends and one person was blindfolded, and asking them to find an object in a room. As you get close to the object, your friends kind of cheered you on and say you were getting hotter and hotter till you finally found it. Well, that feedback was pretty critical to finding that object. So that’s one of the analogies that we use in our presentation to talk about the importance of feedback.” – Shannon

#3 Get measurement out of employee performance reviews.

Feedback is also one of the things Georgia Murch is known for. And in the context of employee performance reviews, Georgia ditches the KPIs and uses a tool she calls ‘performance forwards’ (I interviewed Georgia about this here). Shannon and Janet triggered this switch in their organisation too:

“…we used performance measurements in the past for performance reviews. But since watching your interview with Georgia Murch, we switch to a more frequent conversational model for these reviews. Once we learned of Ms Murch from you, and we started following her on social media and really bought into her feedback approach.” – Shannon

“We also really work on differentiating symptoms of problems from root causes. Both you and Louise Watson provide us with some really good examples of why it’s important to dive deep. Just finally, we are much more conscious of looking for real evidence of change. What sensory evidence will we see if the goal is realized? This attention to evidence has contributed to some great coaching we’ve received from Louise.” – Shannon

#5 Use the Measure Gallery for socialising anything.

One of the experts that inspired the design of PuMP’s Measure Gallery is Harrison Owen. He created the Open Space Technology method, and it wasn’t for performance measurement. So it’s no surprise that Janet and Shannon quickly saw how Measure Galleries can apply to socialising any idea we have in our work:

“[The Measure Gallery is] a really great way to introduce something new and engaging in a non-threatening manner, in addition to, of course, socializing performance measurements through the organisation… But when we are doing the Measure Gallery for policy, we’re also going to use this as an opportunity to educate our colleagues on what the process for developing healthy advice actually is. We’re excited about that!” – Janet

#6 Act in your circle of influence, not circle of control.

When the performance culture isn’t very mature, performance simply will not improve because people believe improvement is outside their control. We need to move outside our circle of control, and understand how to act in our circle of influence. Janet and Shannon are practicing more of this, now, too:

“Another thing, Stacey, that you talked about a lot in the book and we see it in the workshop as well, is about the circle of influence, where we don’t always have total control in life over everything, but that doesn’t mean we just throw up our hands and do nothing. We can help identify different inefficiencies, or things that should be addressed. So even if we can’t make these changes ourselves, we can help build a convincing argument for why the decision maker should go in that direction. That’s something that’s important.” – Janet

In PuMP’s Measurability Tests, we make sure goals are results-oriented before we can find meaningful measures. It’s because our cultures are too action-oriented by default. But Janet and Shannon are changing that, by putting a focus on outcomes whenever and where-ever they can:

“We do a lot of writing in our department… We’re adapting our writing to be a lot more outcome-oriented than effort- or action-focused. We think that this will really resonate better with the public for things such as our annual report, because they’re really more interested in the outcomes that we’re trying to accomplish instead of just the resources we’ve extended, or plan to extend. Our Premier as well, he’s very committed to ensuring value for money, and being upfront by communicating the outcome we expect to achieve…” – Janet

If there is a single theme that runs through all seven of these impacts of PuMP beyond measurement, it’s clarity. Fundamentally, good measures are the product of clarity. That’s why PuMP’s techniques focus on creating more clarity, before diving into the measures. So it’s only natural that some of the ways PuMP creates clarity can certainly help us create clarity in other places in our work.

You can meet Shannon Sanford and Janet Norman in our full interview, about how they introduce teams to PuMP and better performance measurement, and their experiences using the PuMP techniques for making goals measurable and designing meaningful measures…

“Just thank you so much, Stacey, for developing the PuMP process. We have truly found it transformational… It’s really going to make a huge difference in our workplace.” – Janet Norman, Canada
[tweet this]