3 Iterations to Roll Out KPIs Organisation-Wide

Rolling out an organisation-wide KPI approach in one fell swoop won’t stick. It needs to grow organically to survive. 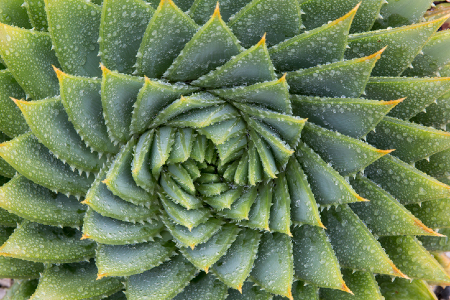 Since I wrote my second book, Prove It!, I’ve had quite a few conversations with leaders who want to roll out a KPI approach organisation-wide. They want to build a high-performance organisation. They want to get teams aligned to the strategic direction. They want everyone to shift from an activity-focus to a results-focus.

In each conversation, I’ve done my best to understand their unique culture, their current strategy, and their aspirations for what high-performance means to them. But each time, I seem to arrive at the same advice: building a high-performance culture through performance measurement has three necessary iterations. Each iteration builds on the previous.

It’s unwise to roll out an organisation-wide KPI approach, in one fell swoop.

We talk a lot about “rolling out” change throughout our organisations. And “rolling out” a KPI approach is often our default thinking. But I reckon it’s wrong. It’s wrong for at least two very unignorable reasons:

To integrate a new KPI approach organisation-wide, we need a more organic approach.

What I’ve seen work best is this three-iteration approach:

Iteration 1: Start with one part of the organisation.

When we start with one part of the organisation, we’re basically doing a pilot, not a roll-out. One of the best ways to use a pilot as a foundation to building an organisation-wide KPI approach is to:

Mandy took a similar approach in her organisation, just starting with one team and making their process transparent to the rest of her organisation. Quickly, other teams became interested and wanted to do the same. That’s the signal you’re ready for Iteration 2.

Iteration 2: Let the other parts follow, when they’re ready.

And that’s one of the indicators of success for Iteration 1 – the pilot has generated demand from others who want the same. This creates organic growth of the KPI approach across the organisation, at a pace and intensity that the social system (the culture) can absorb. It goes a bit like this:

To increase the chances of success even further, consider training a few members from Iteration 1’s Measures Team in advanced KPI facilitation, to provide support to all the new Measures Teams. And when you have a critical mass of the organisation’s parts implementing the new KPI approach, you’re ready for Iteration 3.

Formally linking the new KPI approach into all these other processes is the key to sustaining the energy and enthusiasm created through Iteration 2. And it’s going to make the journey to high-performance faster and easier.

It’s unwise to roll out an organisation-wide KPI approach, in one fell swoop. It needs to grow organically, on a foundation of buy-in.
[tweet this]