How Do You Measure The Impact Of An Initiative?

Let’s get right to the point: if you have to ask how to measure the impact of an initiative, it means you got things back to front. 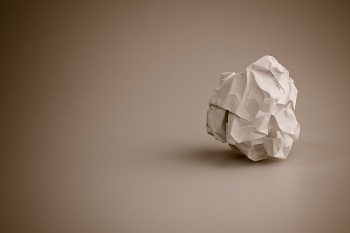 And that means you chose the initiative before you fully understood what you needed it for. Stay on this path, and you’ll end up wasting a lot of time, money and angst.

What was the goal that needed the initiative?

Sure, you might have had a goal the initiative related to. But it was likely a vague goal. If it had been a clear goal, it would have been very easy to also find a good measure for. And in that case, the impact of any initiative you chose for the goal would be measured by the measure of the goal.

Say, for example, your goal was to “Reduce the amount of time employees spend doing rework”. You might even go a step further and define rework as time spent changing or re-doing something that wasn’t done right the first time. Then it’s super easy to see this could be meaningfully measured by something like the percentage of employee work hours that are spent on rework.

And, continuing the example, the impact of any initiative to reduce rework would be measured by the percentage of employee work hours that are spent on rework. The impact would be the difference in this measure before and after the initiative was implemented.

If you don’t know how to measure the impact of your initiative, you’ve chosen the initiative way too soon.
You’ve set the initiative out of logical order. But it’s common to do such things, and you’ll see it happening in many planning processes. It goes something like this:

There is a more logical order to approach planning, so that initiatives fit in sensibly and make the right impact (more detail here):

Setting initiatives isn’t about jumping through planning process hoops. It isn’t about justifying our pet projects. It’s about spending resources as wisely as possible to reach specific goals.

Following the second process, above, for aligning initiatives to measures and goals can often reveal that some initiatives are irrelevant or lame and will waste lots of time and money. And even if it stings our egos a little bit, it’s better to know that now, before all that time and money and angst goes to waste. And makes no difference that matters.

If you don’t know how to measure an initiative, you chose the initiative too soon.
[tweet this]

What initiatives are you struggling to measure?