If a performance measure or KPI is going to make it in the world, it needs owners. Someone to own its definition, its implementation and its application. 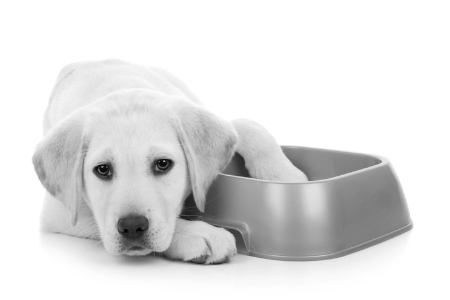 I’ve had the chance to be a fly on the wall of executive performance meetings over many years. In organisations where the measures were owned by committees or teams, rather than individuals, I see a few things over and again:

Committees can’t fulfill the ownership requirements for performance measures. It has to be personal. But setting personal ownership of each performance measure isn’t as trivial as sticking a name against each one. Ownership means something, and a really good definition of what it means to own something in a business context is this one, from Lisa Wilms of InfoTrust:

“Ownership is taking the initiative to bring about positive results. It means not waiting for others to act, and caring about the outcome as much as an owner of the company would. It is being accountable for the results of your actions – that are the of the highest quality and delivered in a timely manner. Taking ownership shows others that they can trust you to do the right thing.”

When we deliberately bring a performance measure or KPI into the world, we want positive results, we want the outcome to be cared about, we want timely action to be taken with it, we want to trust that it’s going to improve performance. Because it’s not trivial, it’s helpful to first get clear about the different types of responsibilities that need to be fulfilled for a performance measure to achieve this.

There are 3 (maybe 4) ownership roles for each performance measure.

The responsibilities for bringing a measure to life are:

These are very different responsibilities, that require different skills and different positional authorities. Here’s how we’ve found it works best, from our PuMP implementations over the past 24 (or so) years…

Often the definition owners will be people very comfortable speaking the langauge of data and numbers and measures. They might be business analysts, data scientists, process or performance improvement specialists, measurement professionals.

The performance owner tracks the measure’s progress, understands causes of its changes, and initiates action toward improving its performance. This person should have the authority to respond to the information the measure provides, e.g. by initiating improvement to the process the measure is tracking.

Often the performance owners will be leaders, managers, team supervisors, and project managers. But, and particularly for more technical or function-specific measures, they may be anyone who has the know-how to interpret and lead improvement with that measure.

The reporting owner makes sure the measure is brought to life and included in appropriate performance reports or dashboards, and in the way detailed in the measure’s definition. It’s important they have been involved in, or understand exactly, the measure’s creation so they can make sure it is reported in the way the definition owner and performance owner have already decided.

Often the reporting owner can be the same person as the definition owner, because they have intimate knowledge of how the measure is intended to be implemented. But it might more naturally fall to whomever is responsible for getting the routine performance reports or dashboards published each month or quarter.

And maybe, the data owner(s).

Data owners are the managers, creators or collectors of the sources of data required for the measure. For any single measure there might be several data owners, depending on how many sources of data the measure’s calculation calls for. They need to understand how the measure is going to be calculated and used, so they can appreciate just how important their data is.

Often data owners are those who work with the information systems in an organisation, particularly for data that is captured formally or automatically. Data owners can also be in operational roles, but who are involved in manual collection and collation of data.

To make it easier to get ownership for each measure, do these 3 things.

Jared Narlock, in Forbes, explains three steps to get ownership for outcomes, which map very naturally with ownership for performance measures:

The first challenge to KPI ownership to address is accountability, because almost everyone is scared of it. Particularly for the performance owner, their fear is that they’ll be hauled over the coals if their measures fail to hit targets. That’s not the defintion of accountability that drives improvement. A constructive definition of accountability focuses on the three essential actions of using a measure to improve performance.

The second challenge to KPI ownership that needs addressing is keeping the end in mind, so it doesn’t end up becoming a numbers game. In PuMP, we always develop measures only after we have decided the measurable result that matters. The measure is there to find the best ways to achieve the result, not to focus owners on chasing targets.

The third challenge to KPI ownership is finding courage to step up to the role, so fear of failure doesn’t get in the way of learning and improvement. The cause of this fear has to be called out and challenged: of course no single person has that much control over performance. But they do need to take on the leadership for it.

Where to document your KPI owners?

In PuMP’s Measure Definition technique, we document each owner in every measure’s definition template. We use their name and position title. Sure, if someone leaves that position, the measure’s owner is updated. But measure ownership has to be personal if it’s going to work.

To avoid a performance measure dying a slow death, set personal ownership for its definition, its implementation and its application.
[tweet this]

How do you set and document ownership of performance measures in your organisation?