Get Executive Support for KPIs in 10 Minutes

Use this 5-point outline to invite executives and senior leaders to support your approach to better KPIs in only 10 minutes. 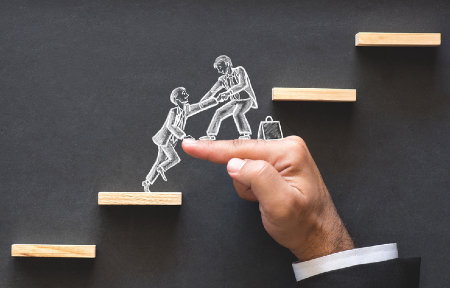 Didi is the performance leader in her organisation, coordinating the development of performance measures for their corporate strategy. When they got a new CEO, Didi was concerned she might not support the chosen approach to performance measurement. Could Didi have any hope in influencing the new CEO’s decision about whether or not to support it?

Most of my readers are in a similar situation. From a small survey, I estimate that more than 60% of leadership teams are resistant to better measurement. [Add your experience to the survey, too.]

You might find yourself in the same situation, needing to sell the idea of better performance measurement to get executive support. If you do, then try out the approach that Didi took. Because it worked.

To get executive support, focus on why, not how.

Your purpose in selling better performance measurement to your executive or leadership team is not to teach them the ‘how’. Your purpose is to show them ‘why’ better KPIs are important.

When they understand why performance measurement is valuable, they can support it. Only after we have a compelling ‘why’ does it then become interesting and useful to explore how to get better KPIs. Didi knew she wanted her new CEO to simply give her support to completing a couple of pilot tests of PuMP.

ACTION: Find your own way to describe, in general, why better KPIs are important. They say that the first person to sell an idea to is ourselves. If we aren’t convinced, then how can we convince someone else?

A 5-point outline keeps it to 10 minutes.

You need to thoroughly answer your executive’s or leader’s question: “why should I support this?” That’s the first, and often only, question they’ll have in your first conversation with them.

Answer this first question quickly, thoroughly and engagingly by following this 5-point outline:

Point 1. The reason why we measure performance.

This might be just a quick test if they share the same reason as you. Or it might be an opportunity to open their minds to just how powerful good performance measurement really is.

Didi said to her CEO that it’s about getting a high ROI on their investments in performance improvements and removing waste from the organisation (which she new would resonate with the new CEO).

ACTION: What about organisational performance is most on the minds of your executive or leadership team?

Good performance measurement is about reaching more targets, sooner and with less effort. It’s the catalyst to becoming a high-performance organisation, that convincingly
fulfills its mission and achieves its vision.

Didi briefly shared two examples to illustrate the impact of performance measurement. The first was how poor measurement practices were used in a project, and the project continually used up more money and time without any convincing result. The second was a PuMP Pilot, where a team got a 20-fold financial benefit over their cost of doing PuMP (a bit like this one).

ACTION: Can you find two examples, one bad and one good, about the impact of performance measurement in your organisation? The KPI approach that made the good example good is what you want to emphasise.

Point 3. The specific struggles you want to help them overcome.

Didi chose three of the most common struggles in her organisation to share with her CEO: people not buying in to performance improvement, goals seeming impossible to measure, and people feeling like performance of the organisation isn’t within their control.

ACTION: What are the three struggles with performance that are talked about most in your organisation?

Point 4. The keys to ending those struggles.

This is about changing the bad KPI habits which are common practice, but mistakenly confused for proper practice in performance measurement. Better measurement won’t come from doing the same things over again.

Didi explained to her CEO what habits the organisation had that were creating those struggles she mentioned: judging people with measures, writing goals with weasel words, and not having a clear definition of accountability for performance.

ACTION: In your organisation, what bad KPI habits are at the root of the three struggles you chose in Point 3?

Point 5. The approach you propose.

Didi proposed PuMP, since that’s the methodology she’s using (of course). And so she showed her CEO the PuMP Blueprint Flowchart and quickly described how each step replaces a bad habit of performance measurement that has become common practice. Didi asked her CEO to support an experiment to use PuMP on just one strategic goal.

ACTION: If you also want to propose PuMP as the better KPI approach, choose the aspects that relate most to your nominated struggles from Point 3.

This 5-point outline should take you less than five minutes to articulate. Err on the side of saying too little. This encourages your executive or leader to ask questions. And asking questions is more engaging than listening.

Didi told me she has a tendency to say too much (and don’t we all?). But busy executives are too overwhelmed to take it all in. And by focusing on less, Didi felt better prepared and able to talk naturally, rather than deliver an overly-rehearsed presentation.

ACTION: Put together your 5-point conversation plan, and the specific action you’d like them to agree to. Do one or two unscripted rehearsals to check it’s short enough.

When the time comes to speak with your executive or leader, don’t just blabber the whole thing out in one go. Try this rhythm instead:

It’s not respectful to give your executive or leader a pile of reading that suggests you expect them to find a few hours to get through. But it is nice to give them something very
succinct, or something that they can just dip into if and when they like.

A few ideas for what you can leave behind include:

Call them to action.

Don’t ever try to meet with a busy executive unless you have a specific request or question for them. This is called a ‘call to action’.

Didi asked her new CEO to support two pilot implementations of PuMP, which were currently underway and making great progress. Her CEO agreed, and requested to be involved in Step 8 of PuMP, Reaching Performance Targets, the step she felt she could contribute most to.

ACTION: Finish your conversation with the first action you’d like your executive or leader to support (perhaps it’s a PuMP Pilot, or using PuMP for one strategic goal, or planning a roll-out).

Do you have an executive you’d like to spend 10 minutes with, to invite them to support your approach to performance measurement? Use this framework of five points to outline that 10-minute conversation. Are you game to give it a go?

To get executive support for better KPIs, don’t teach them ‘how’. Have a short conversation about ‘why’.
[tweet this]