Just Because Some KPIs Are Bad Doesn’t Make KPIs Wrong

KPIs have a bad reputation, from bad pasts experiences people have with them. But we can’t let their reputation become the truth about them. 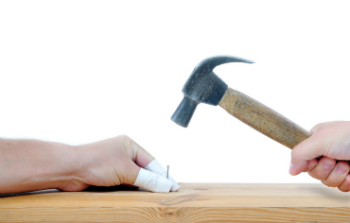 Stephen works in the public sector in the UK, and was struggling with how to change the culture in his organisation, which is awash with unhelpful KPIs. No doubt there is a lot of cynicism and avoidance of measurement there.

And not nearly enough mastery.

There is a clear approach, and even some rules, that guide a logical and practical series of steps to create good KPIs. And the quality with which those steps are practiced does deepen the know-how and skill to create even better KPIs.

When I teach people the PuMP Measure Design technique (step 3 of PuMP’s 8 steps), we practice using a case study. The participants work in smaller groups of 5 or 6 people. Do you think they’d each end up with different measures for the same case study goals?

Well, over several years of using the same case study, with many hundreds of people, the amount of variation in the KPIs they design is incredibly small. A logical and practical series of steps creates good KPIs. And then the more that people practice Measure Design in their own work context (and we observe this on the 3rd immersion day of the PuMP training, as well as in private facilitation sessions), they get even faster at creating even better KPIs.

We can’t let the reputation of KPIs become the truth about them.

We need to lift the conversation above the current KPIs, and focus on the approach that produced them, and how well we implement it.

We’re too easily tempted to ask which KPIs to cull, where to find better KPIs, what to do to get people to own the KPIs. But there are some questions that are more important to ask:

Great KPIs only come when we master the method for creating them. But too often we don’t bother thinking about the method. We don’t have the discipline to use it. We underestimate what it takes to implement it properly. We push and rush to get KPIs out of the way, as quickly as possible.

Will you change that?

The reputation of KPIs is not the truth about them. Bad KPIs come from bad approaches and poor practice.
[tweet this]

Does this even matter to you?