What Are Benchmarks, Baselines, Targets And Standards?

In performance improvement, a few important terms are often confused or misused. So, exactly what are benchmarks, baselines, targets and standards? 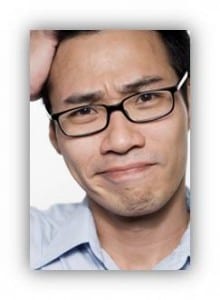 An area of confusion that comes up regularly in my workshops and consulting is the array of words we use to describe two very simple statements about performance: current performance and desired performance.

Some of the most used terms that describe levels of performance are:

People use them interchangably, and often can’t provide a definitive definition for each to discern one from another. It’s important to do that discerning and prevent time-wasting debates and misinterpretation that get in the way of performance improvement.

What is a performance baseline?

The definition of ‘baseline’ is provided by Dictionary.com as: A minimum or starting point used for comparisons.

In an XmR chart, your baseline is the Central Line. A single value of your performance measure is not enough to act as your baseline, because you’ll end up mistaking the routine variation in your measure for change.

What is a performance benchmark?

Dictionary.com defines ‘benchmark’ as both a noun and a verb, and both are useful for understanding how this term applies to performance measurement:

Noun: A standard or point of reference against which things may be compared or assessed.

Verb: Evaluate or check (something) by comparison with a standard: “we are benchmarking our performance against external criteria”.

Benchmarks from organisations that represent world’s best practice or industry best practice can become targets that you use for your performance measures. Because others have achieved that level of performance, it’s easier to conceive that you can too.

What is a performance target?

A target is defined as (from Dictionary.com): A person, object, or place selected as the aim of an attack.

I’m not super-keen on using the word ‘attack’, so I would adapt this to define a performance target as a level of performance we are aiming to reach in the future.

If you tell everyone to work harder to ‘hit target’ every month, you’re just compensating for a process that isn’t capable and it will burn everyone out before too long.

What is a performance standard?

Again from Dictionary.com, a generic definition of the word ‘standard’ is: A level of quality or attainment

Standards are similar to targets, but they apply ‘here and now’: you’ve made a promise to your customers and you want to monitor how well you’re keeping that promise.

Do you use these terms in your organisation or business? Collaborate with me on the Measure Up blog by sharing examples of how you’re using baselines, benchmarks, targets and standards.