The Story In Your Performance Data

Your performance data is trying to tell you something. Something deeper and richer and more insightful than just whether or not you’re on track to hit your target. Can you hear it? Probably not, unless you’re already doing these six practices to hear your data’s story. 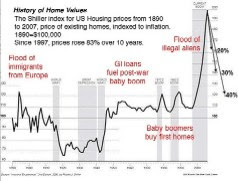 PRACTICE #1: Use two or three related measures, not just one measure to understand a specific result. Staff Turnover is not a sufficient indicator of staff engagement, but combine it with measures like the percentage of staff intending to leave within the next 6 months and staff satisfaction with their worklife, you get a less biased picture.

PRACTICE #2: Don’t tick & flick – consider all your measures as important characters in the same performance story. Don’t you think that optimising on-time running and safety performance is much wiser than trying to maximise each of these, independent of the other?

PRACTICE #3: Consider qualitative indicators as well as quantitative measures to add more life to the story of performance. Just like a series of video case studies or photos of smashed up cars give sensory context to improvements over time indicated by road crash severity metrics.

PRACTICE #5: Report causal analysis and hypotheses along with the performance results, to give the story somewhere to go. If cycle time is blowing out, then find out the events that likely triggered the shifts in cycle time, or find out on which activities most of the cycle time is being spent.

PRACTICE #6: Ask your data questions to draw out more of the story. Why aren’t costs staying within budget? Which parts of the budget are blowing out most? Where is budget being managed well? What if we cut back spending on this?

When you think about putting your performance measures to use to improve performance, think systemically: do what you can to draw out the story in the performance data. Stories engage people, and when it comes to numbers and statistics and measures, we usually have to do all we can to get people engaged!

TAKING ACTION:
Think of one performance measure for which you have plenty of historical data. Collate that data, and start looking at it using different tools, to uncover its story. Try a time series graph to see if it’s changed over time, a histogram to see its variability, a scatter plot to see how strongly it is associated with other measures.