Are Your KPI Solutions Really Fixes That Fail?

If you try to improve a KPI with a quick fix, you’re likely going to make performance much worse, rather than any better. 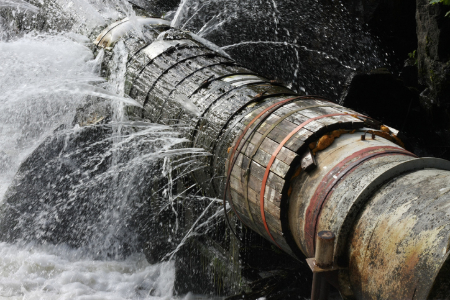 A waste levy was recently introduced by our state government, of $75 per tonne of waste disposed to landfill. The intention was good: to encourage more recycling and reuse, and to deter the easier option of dumping all waste into landfill. They probably want to improve their KPI of Tonnes of Waste to Landfill. But the implementation wasn’t so good.

The overall cost to society has likely risen. It isn’t just the levy cost to residents and businesses who have more than a tonne of waste to get rid of. There are costs that are both hidden and ignored from the
consequences of implementing the levy:

Like I mentioned before, the intention was good. But too often when we want to improve the performance of a KPI, we forget that the world is an interdependent system. No KPI behaves in a vacuum. Maybe this is why McKinsey, in one of their recent global surveys, discovered that not even 75% of transformations are very successful.

McKinsey say that communicating, actively leading, empowering employees, and encouraging continuous improvement make the difference. But I reckon, especially in light of the above example, they’ve forgotten something critical: systems thinking.

Systems thinking is about understanding how everything is interconnected in complex and dynamic ways. Nothing can change without ripples that trigger other changes. In the systems thinking theory there is an archetype called Fixes that Fail, which describes just one of many typical dynamic patterns that change ripples can trigger. In Fixes that Fail, a solution is targeted at a symptom, but has unintended or unexpected consequences which can, in turn, exacerbate the original problem or create new ones. From systems-thinking.org:

“Since you can never do just one thing, as everything affects everything else, before taking action to change the current state, think about what else that action is apt to affect. And, what affect with the affect will have.”

The waste management facility levy is an example of a fix that failed. The levy is a fix that treats the symptom of recyclable or reusable waste being irresponsibly dumped into landfill. But the consequences of the levy are simply more problems, possibly including even more irresponsible dumping of rubbish. Levies are like any other form of behaviour control: they drive behaviour that focuses on the numbers, not the desired result.

To avoid fixes that fail, the root cause has to be the target of the solution, as thesystemsthinker.com advises:

“Breaking the ‘Fixes that Fail’ cycle usually requires two actions: acknowledging up front that the fix is merely alleviating a symptom, and making a commitment to solve the real problem now. Launching a two-pronged attack of applying the fix and planning out the fundamental solution will help ensure that you don’t get caught in a perpetual cycle of solving yesterday’s ‘solutions.'”

Quick fixes that treat symptoms, not causes, create longer term unintended consequences. And we find ourselves creating more problems that are more costly to fix than a fundamental solution to the original problem.

A fix focused on a symptom is a fix that will fail. Improve KPIs through systems thinking instead.
[tweet this]

Do you have any examples to share, of fixes that failed in your organisation?