How To Measure What You Want To Prevent

Robert, a new Measure Up subscriber, asked how can you demonstrate results when your job is to make sure something doesn’t happen. He’s basically asking how can you measure what you prevent? 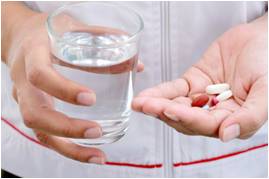 If measures are evidence of results, and evidence is observable only in the physical world, how could we possibly measure something that doesn’t happen? Of course, we can’t. So we need to think differently about it, to piece something useful together for monitoring prevention activities.

The first piece is that we still need evidence of the ultimate outcome we want. We can’t measure if it doesn’t happen, but we can measure if it does. If we want to reduce the rate at which an undesirable event happens, then one way to measure that would be the time between those events. A good result is that the time between those events gets longer and longer.

The second piece is that we want to understand what factors have the most power in preventing those undesirable events. These factors might include attitudes, knowledge, skills, practices or behaviours, or ‘near misses’ (where the event almost happened but was successfully prevented or luckily didn’t eventuate). These occurrence of factors – once we work out which have the most power in preventing our undesirable events – should also be measured.

Tell us about the results you want to prevent, and how you’re measuring them.