Quotas Are The Lowest Form of KPI Target

Quotas make us chase numbers as a substitute for fixing problems. That’s the opposite of what good performance measurement should do. 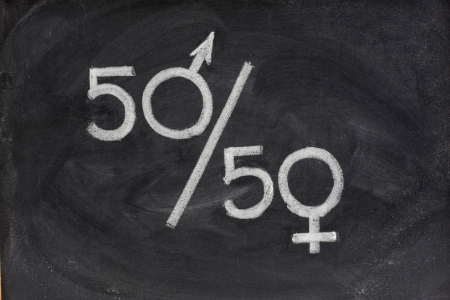 Quotas are a type of target for a KPI or performance measure or metric. They are basically a “fixed limit on the amount of something that someone is allowed to have or is expected to do.” We use quotas in lots of ways in business, like these:

Quotas are not themselves performance measures. A performance measure that is well-formed has four parts: a statistic, a performance attribute, a scope data item, and a temporal data item. What quotas do is describe what value we want the measure or KPI to hit, reach, or meet in a given time period, such as:

Quotas are targets, just like any other target we’d set to inspire improvement. As such, you first need a performance measure before you can set a sensible target (quota) for it. In theory then, quotas seem like a natural part of measuring and improving organisational performance. It’s probably why they’re so widely used.

But I don’t use them, because they have three very specific and
irreconcilable problems. These problems are a consequence of three dynamics that come with focusing on quotas: chasing numbers, short-term results, and trivial measures.

Quotas focus us on chasing numbers at the expense of improving performance.

Firstly, quotas are purely numerical, hitting a specific and exact number or count of something. It erodes performance into a numbers game, of doing whatever it takes to hit our count on time. We have no incentive to consider how our actions to hit the quota might affect other areas of performance or results that matter. And we have no time to work ‘on’ the business, and analyse and fundamentally improve our processes.

One example is the sales quotas set by banks for new accounts opened. The only way to reach those quotas was for staff to open fake accounts in customers’ names. Customer satisfaction and loyalty, plus staff productivity, are then put at jeopardy.

Quotas focus us on short-term results at the expense of the long term.

Secondly, quotas are set to be achieved repeatedly over a set time frame, like hitting a specific target every week, or every month, or every year. With this comes the implicit (and sometimes also explicit) expectation that we must focus on the week or month or year we’re in. And we have no incentive, often no time either, to consider how our actions in this week or month or year relate to the longer term.

Those millions of fake bank accounts contribute no revenue to build profit for the bank. And coupled with staff time to set them up and system costs to manage and maintain them, the fake accounts most certainly contribute costs to erode profits. Ultimately, the bank loses.

Quotas focus us on trivial easy-to-measure KPIs at the expense of more difficult but meaningful KPIs.

It’s true that often the most important results or outcomes are the hardest to measure. In part it’s because the data doesn’t already exist in our systems, and getting that data reeks of effort. This is why so many measures in organisations are trivial – they simply count what’s easy to observe or extract from existing systems. And it’s measures like these that quotas are exclusively attached to.

The easy and traditional measures that banks resort to are part of the problem with quotas. A quota for any measure tends to turn attention to hitting the quota rather than fulfilling the original intent behind the measure. Rather than measuring the easy stuff like Total Volume of Accounts and Sales per Branch, which led to the problems mentioned above, banks need new KPIs that are designed to monitor the outcomes and drivers of a well-designed corporate strategy.

Just like any target, a quota is a desired result we want but don’t yet have. The trouble is, we can’t guarantee to hit any kind of target or quota. The banking example throughout this article is just one of a gazillion examples of quotas that are unattainable without gaming. And this is part of the Tyranny of Metrics and why we have
clichés like “what you measure is what you get”.

Quotas might be useful to quickly and easily set up a system to turn people’s attention to a problem, and there is some evidence they do this for gender inequality and disabled people in employment. But are the consequences of using quotas to monitor performance really worth it, when they drive gaming, short-termism and don’t fix the
underlying problems? I don’t think so.

Quotas make us chase numbers as a substitute for fixing problems. That’s the opposite of what good performance measurement should do.
[tweet this]

Do you have some examples of where using quotas as performance measures has led to the desired changes without undesirable consequences?