What Happens if We Don’t Measure Performance?

There is a lot of focus on why we should measure performance. But are the consequences of having no KPIs, metrics or measures really all that bad? 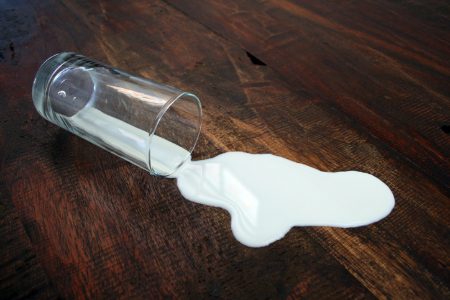 We know there are some pretty awful consequences when we measure performance poorly, or for the wrong reasons. But what about the consequences of not measuring performance at all? Surely there was a time when humans engaged in business, but didn’t measure anything other than the flow of money.

Is business today any better off for measuring performance?

One of the best case studies in support of business being better off with measurement is how the Oakland A’s reinvented the game of baseball by using data. On their meagre budget, they rose from the lower half of the league to the top. The core principles of their use of data have since been adopted across the baseball league, and are referred to time and again in business literature.

It’s easy to put forward reasons to measure performance, and I’ve certainly been one of the many who have done that. But perhaps a useful part of deciding whether performance measurement is worth the effort is to contrast it with not measuring at all.

A summary of the consequences of not measuring performance.

I asked Measure Up readers for their thoughts and experiences about the consequences of not measuring performance. These are collated into a rather lengthy discussion further on in this article. Here are the main consequences that I’ve distilled from that
discussion:

Many thanks to readers Cynthia Abou Khater, Tim Acker, Henry Atta Nyame, Gail Evans, Lisa Gardner, Peter R., Jerry Stigall, David Waters, Kern Wyman, and Martin Zelas for sharing their experiences and thoughts in response to this question, in the discussion that follows.

We’re doing no better than guessing.

Just as David says, not measuring performance in business is like trying to sail a ship without a rudder. Performance measures give us far more accuracy and power to both change direction or stay the course, depending on what’s needed for success.

Peter says without measurement we rely on luck, which means we’re either being naïve or ignorant about what truly affects our business success. And he shares several brilliant real-life examples from his experience:

We don’t know if our actions are working or not.

Anyone can say that an initiative has worked, but without measurement, how can they prove it? What measurement does better than human perception is giving information objectivity and precision. Measurement shows us what we cannot see all that well: small changes, gradual changes and absence of change. And we need to know about change, however small or gradual or nonexistent, if we’re going to prove if an initiative has changed anything, or not.

Lisa says that not measuring performance basically means we can’t know what’s working and what isn’t, which fundamentally prevents good strategic decision-making. Lisa illustrates this with an example:

Tim works in an organisation that doesn’t measure their core work, but relies on the false belief that doing a lot of activity means they must be making a difference:

“[P]eople recognize performance gaps (‘problems’ or ‘issues’) and meetings are undertaken to brainstorm what to do about them. After several rounds of self-censoring, ‘solutions’ are proposed and implemented as stand alone initiatives. All this is based on the notion that ‘if it’s a good thing to do, it must improve things by definition.’ Do enough good things and the service delivery system has got to get better, right? Most of the time initiative results are judged by whether or not they feel good; it’s rare that cause-effect is so obvious that performance degradation is ascribed to specific improvement activities.”

Tim knows this is flawed logic, which is why he keeps his own set of “bootleg metrics”, and tracks them in control charts. When he contrasts his own metrics with the bulky compendium his unit publishes each year, showcasing the good stuff they do to improve delivery system performance, Tim finds this:

“I’ve charted system performance going on two and a half years now, and we’ve done a boatload of feel-good initiatives – and performance hasn’t budged one iota.”

Jerry sums it up by saying that without measurement, “we confuse ‘effort’ with results!”

We don’t do better than mediocre.

Without the quick and accurate feedback of performance measures, we miss out on opportunities to make performance better that we otherwise would not have considered. If everything seems to be performing well enough, and no one feels the urgency to measure, they won’t have much leverage to elevate performance. And they won’t have a foundation to prevent it from eroding.

Cynthia agrees that some companies still don’t measure performance and are successful despite this. She suggests they probably don’t have any burning platform that measurement will save them from. But Cynthia shared two warnings for performing organisations that don’t measure:

“From my perspective a lack of measures leads to two things. Firstly, opportunity cost: they could be doing better and they simply don’t know it. Secondly, [their current performance is] not sustainable.”

We can’t anticipate and prevent or mitigate problems.

Forecasting and prediction is something most people want to do in business, but it’s not possible without measurement. If we do measure both the results that matter, and the drivers of those results, we have at least a rudimentary beginning for lead indicators.

Gail mentions this consequence with the example of teams ending up fighting fires, rather than improving performance. With no objective measurement to help them anticipate problems, they don’t know anything until the proverbial hits the fan. So they must clean up the mess, instead of preventing it or mitigating it.

The way we use words in business all to often fails to give everyone the same clear and specific and precise understanding of the results we want. Strategy in most organisations has a track record of leaving everyone behind in the wake of weasel-word goals. But if we take a deliberate approach to measuring our goals, we have to face up to the weasel word problem and articulate the results we want more clearly and measurably.

And Gail, again, shares another consequence of not measuring performance: “Everyone has a different definition of success.” This can tear away at focus and productivity, as well as engagement. And without any of those three, performance of an organisation is guaranteed to erode.

We have to prioritise in business, because there is no bottomless pit of time and money to do everything everyone thinks we should do. So we prioritise, to choose the things that will have the best overall impact on our business success. An opinion-based ranking of ideas isn’t the way to go. Measurement, instead, gives us much more objective and accurate information to compare performance gaps and decide which are most worth closing.

Gail also explained how without measurement, prioritising is based on the squeakiest wheels:

“It’s difficult to prioritize initiatives (everyone’s initiative is THE most important (obviously), but if one is performing or over-performing, without measuring you don’t know you should invest more in (or eliminate) under-performing initiatives or processes. Investment decisions are made based on who has the loudest voice rather than on the facts.”

We suffer in uncertainty and lack of self-efficacy.

Few of us want to experience life, or work, in the same way we’d experience a tsunami. Stressful, unpredictable, no control over what happens. Without measurement, we face a version of this over and over again. We live in uncertainty about what will happen and whether we’ll have any influence over the results we want.

Any attempt at using data will be trivial.

Kern’s response to the question about what happens if we don’t measure is that “with so many measures available to any business, I guess this is a heavily rhetorical question.” That may well be the case.

So even for organisations that don’t deliberately and proactively use performance measurement, measures can still appear. But usually they are poorly chose, poorly designed, poorly implemented and poorly interpreted. This can have a very similar effect to not measuring at all.

Martin Z. agrees it’s just as bad to measure poorly, as to not measure at all. Tim A. echoes Martin’s point with an example from his own organisation:

“If data is used at all to measure performance, it’s typically isolated month-to-month changes of a convenient metric. The measure will go up from one month to the next and we declare victory… If we really feel good about the victory we’ll enshrine it in policy and hard-wire it into our system. If, on the other hand, the measure goes down month-to month, we’ll find a reason to explain it (not properly implemented, some other factor beyond our control, etc.). Sooner or later the measure will go up, and we’ll then declare victory.”

If we don’t measure, can that ever be a good choice?

Peter R. also says “Sometimes not measuring is fine… as long as things are going well!” But, how do we know that anything other than the obvious is going well? If revenue is flowing in, how can we be sure it will continue to, unless we measure the not-so-obvious things like customer loyalty and the conversion rate of new leads into customers?

So unless you want an organisation that is content with guessing and fighting fires, doesn’t care if its investments are wasteful or what success looks like, prefers popularity over priorities and uncertainty over self-efficacy, then you need to measure performance.

What happens when we don’t measure performance at all? What are the consequences of having no KPIs, metrics or measures, and are they all that bad?
[tweet this]

Share your thoughts about the consequences of not measuring performance with me, either by commenting on the blog, or emailing me at info@staceybarr.com.