We can’t improve performance when we think KPIs are about success or failure, because it makes it a threat. Stoicism makes KPIs about curiosity and learning. 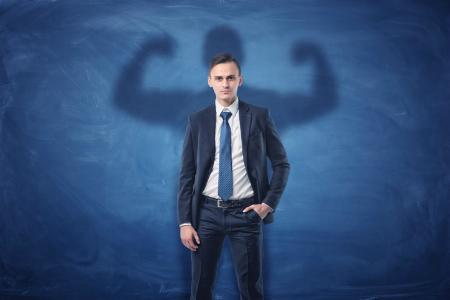 We don’t need to be heroes for KPIs to work, riding in to save the day by hitting our targets, or catching out some bad performers who always fail to hit theirs. In fact, this heroism sets up a very binary success-or-failure mindset, constrained and held rigid by judgment.

For measurement of performance to work, the mindset we need is curiosity, liberated and given direction by learning.

Does heroism play a role in your use of KPIs?

Using KPIs with the heroic success-or-failure mindset shows up in behaviours like these:

Using KPIs with heroism means we think there’s a threat.

With the heroic success-or-failure mindset, people believe that KPIs will be used to deny their promotion, deny a pay increase, embarrass them in front of colleagues, reduce their budget, turn away their clients, or take time away from their “real work”. All of that is very threatening.

Performance won’t improve because of this gaming. And likely the performance that matters will decline.

Stoicism isn’t about having no expression on your face, or avoiding emotion. It’s a philosophy of learning how to better respond to what’s really going on. Stoicism is based on four tenets that serve the purpose of KPIs far more constructively and successfully than heroism:

The stoic approach to performance measurement is more like the approach of a scientist than a superman.

Using KPIs requires stoicism, not heroism. Use them in the context of learning, not threat.
[tweet this]